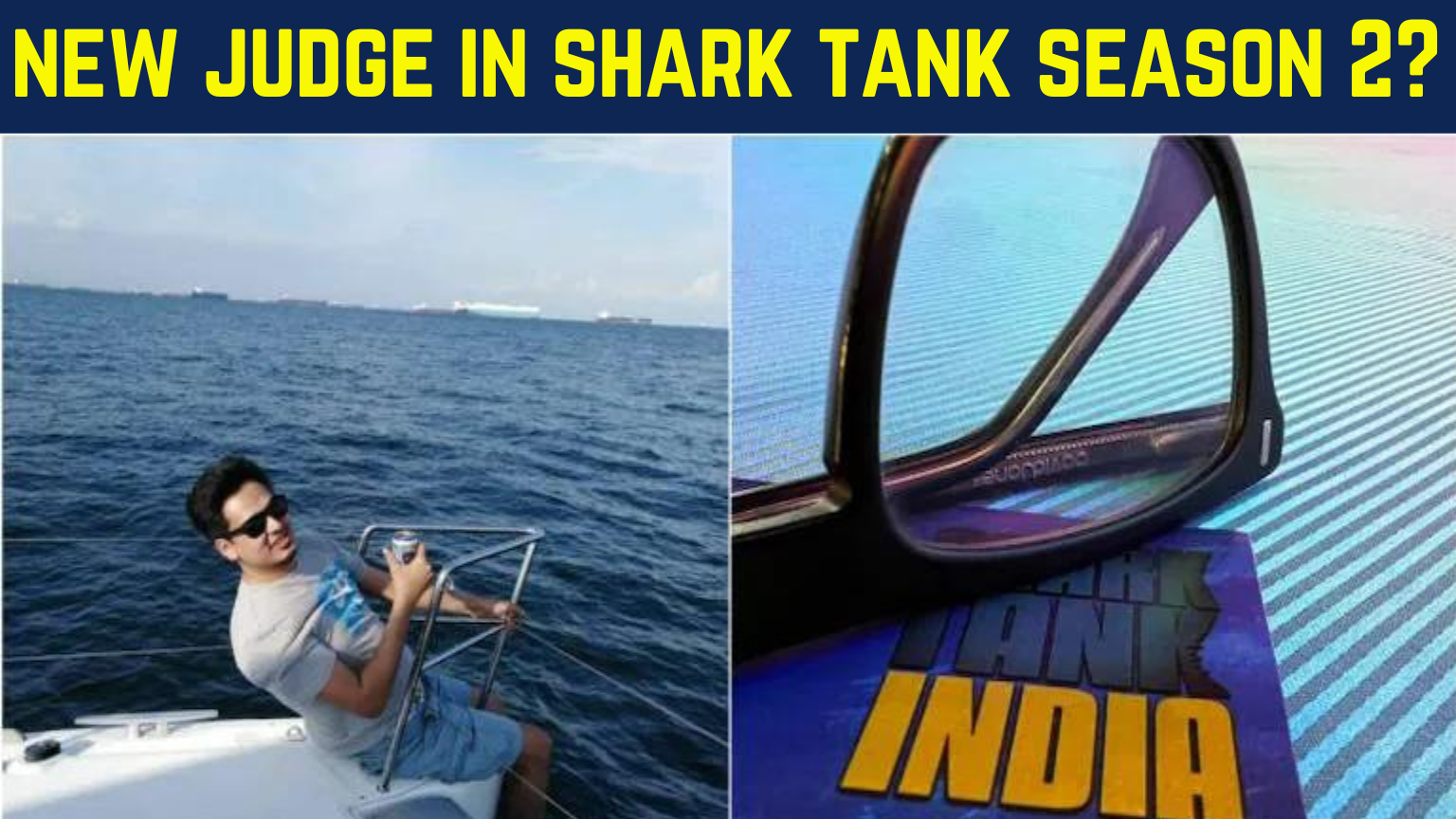 After the huge success of the first season, Shark Tank India is all set to hit the Indian television screens with the second season soon. It seems like Abhishek Asthana, the Zorro co-founder who is known by the name of Gabbbar Singh on Twitter is going to come to the next season of the show. Abhishek Asthana who has more than 1.4 million followers on Twitter today had tweeted earlier saying “Chalo ye bhi kar lete hai” meaning that “Well, let’s do this as well.” He had also uploaded his own picture in the tweet where there was a Shark Tank reference seen. However, later on, the tweet was deleted. As per many reports, the picture he posted was a pair of spectacles kept on top of a piece of paper, and “Shark Tank India” was written on it.
Shark Tank India provided budding entrepreneurs with an opportunity for presenting their business ideas in front of judges also called ‘sharks’, who could choose to invest in the best business ideas. Season one of Shark Tank India cast seven judges to invest in business ideas. They are Bharat-pe Ex-co-founder Ashneer Grover, BoAt co-founder Aman Gupta, Emcure Pharmaceutical executive director Namita Thapar, Lenskart co-founder Peyush Bansal, People Group founder Anupam Mittal, MamaEarth co-founder Ghazal Alagh, and SUGAR Cosmetics CEO Vineeta Singh. Zorro is the pseudonymous social media platform. This is founded by Jasveer Singh, Abhishek Asthana (who is popularly also known as Gabbbar Singh on social media), and Deepak Kumar. Although the idea of creating Zorro itself is not original for the anonymity it is not a novel idea. It has gathered interest from the investors even before its launch. The firm has currently tested the platform with more than 1,000 users so that they get fully ready for its launch. The platform is still in its beta version and is yet to be launched, and has been funded by many large groups of investors also. Already it has raised a $3.2 million fund from a group of angel investors. The investors included Paytm’s Vijay Shekhar Sharma, CRED’s Kunal Shah, OYO founder Ritesh Agarwal, BharatPe’s Ashneer Grover, and more. The venture capital firms that had co-led the round include 3one4 Capital and a few 9 Unicorn Ventures, with other Roots Ventures and Venture Catalyst also joining in. 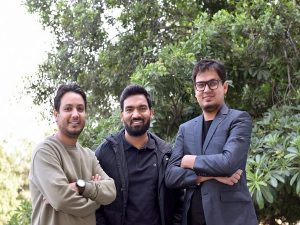 According to the CEO of Zorro Jasveer Singh, just like the masked hero, the pseudonymous platform Zorro aims to give its users a space where they can express themselves. People can express themselves without any fear of getting attacked publicly on social media sites.
Just like any other social media platform, the Zorro app will be accessible and available on web, and smartphones, both iOS, and Android. The users need to sign up with their account via using their mobile number or email. But the feature that makes it different is that instead of using their own name, users can select a pseudonym. During signing up, users will also have the option to connect their Twitter account with Zorro as well. Checking the timeline, it would be changing from person to person, based on their personal contact list, and Twitter followers, if the user had been given access to a Twitter account.

Also, all posts on the timeline are public and visible to all. There are no options, using which one can directly reach the user. This timeline will look like any Twitter feed. Anybody can comment there, like any post, and even share it with friends. But unlike Twitter, Zorro has a different feature. It has a dislike button and there is no direct messaging option.
The feed-in Zorro is also restricted based upon the interest and instances of the user. For example, for a student, the content will be more related to campus life, for startup founders more startup-related discussions will be there. Based on events occurring on twitter, feed changes in Zorro.

Zorro is a pseudonymous platform that is co-founded by a bunch of serial entrepreneurs. The founders are Jasveer Singh, Abhishek Asthana and Deepak Kumar. Abhishek Asthana, who has by the pseudonym Gabbbar Singh on Twitter, is a former software engineer. He worked for about a decade in the corporate world and had great experience of building brands and businesses before he started his own advertising agency named Ginger Monkey in 2019. Zorro is his latest venture which is a pseudonymous social media platform that he has co-founded with the other two.

Sharks are the most prominent personalities of the country who have set influential examples by building business empires. Shark Tank India provides budding entrepreneurs with a platform and opportunity for presenting their business ideas in front of judges also called as sharks, who will invest in the fanciest business ideas and help them to grow and expand their startups with funds and guidance. Season one of Shark Tank India featured seven judges aka sharks. The former BharatPe co-founder Ashneer Grover, Namita Thapar of Emcure Pharma, Anupam Mittal of Shaadi.com, Vineeta Singh of Sugar Cosmetics, Ghazal Alagh of Mamaearth, Peyush Bansal of Lenskart and Aman Gupta of Boat. Till now, there has been no confirmation given by the production house of the show on how many judges from the first season can return for the second season of the business reality show. 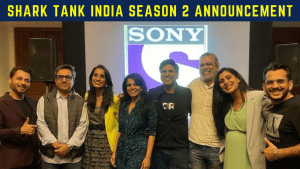 Abhishek Asthana is the founder of his previous venture Ginger Monkey, and is the man behind one of the highly followed accounts on Twitter by the name @GabbbarSingh, gaining 1.3 million followers. He is among the ones who has changed from an engineer to a successful marketer and established his name. He has been one of the people behind some of the marketing campaigns at AirAsia, Bounce, Durex, Urban Company, and many others. In 2019, he decided to assist the companies in their branding and marketing strategies by starting his own venture Ginger Monkey. He tweeted earlier saying “Chalo ye bhi kar lete hai” meaning “Well, let’s do this as well.” He had also uploaded his own picture in the tweet where there was a Shark Tank reference seen. However, later on, the tweet was deleted. As per many reports, the picture he posted was a pair of spectacles kept on top of a piece of paper, and “Shark Tank India” was written on it. There are different assumptions made in his tweet. His post didn’t give a clear idea of whether he is going to participate in Shark Tank India Season 2 as a contestant or a judge.

There have been mixed reactions from the people regarding the tweet made by Zorro founder Abhishek Asthana. After the tweet, many followers wondered if Asthana will be making his entry this time into the popular business reality show Shark Tank India. But till now, there has been no official statement released about the Sharks on the show or about the list of the entrepreneurs in the show.
One of the Twitter Sandeep Parekh said that if Abhishek is going to be a judge, then he will come as a contestant. And if Abhishek comes as a contestant, he will be the judge.
Another user Shakaal asked “You are replacing whom…Ashneer Grover? Many are guessing that Ashneer will be replaced this time. Few are wondering whether he will come as a judge or contestant. ANKUR tweeted “As a judge or contestant?”