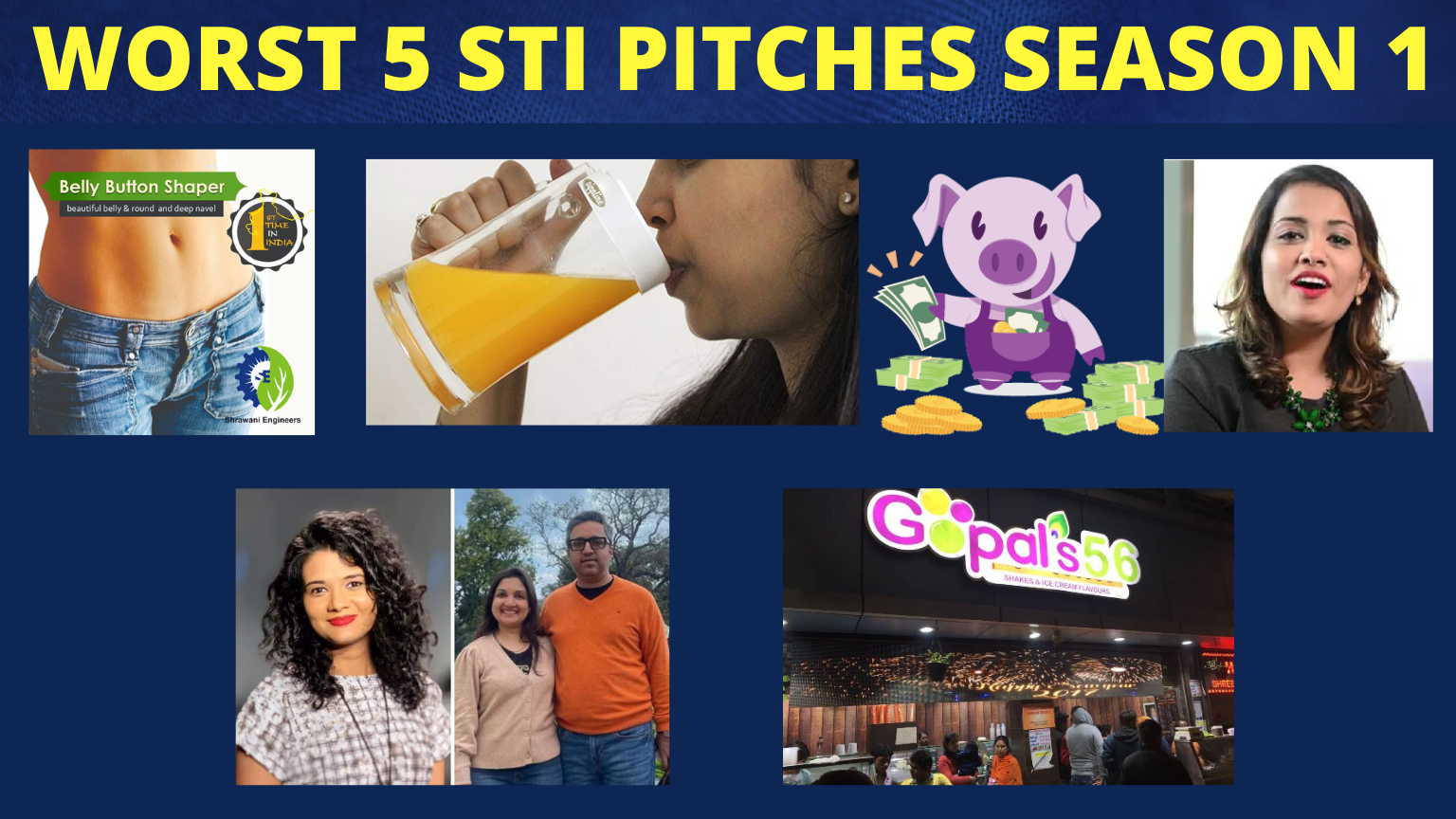 Shark Tank India has attracted their audience’s attention very well these days. The Indian version of the original show Shark Tank has been trending since it made its debut inIndia. On the show, new and growing entrepreneurs pitch their business models and ideas in front of the business tycoons called sharks in order to get investments and mentorship. These Successful business persons provide money and guidance. The pitchers get a deal in exchange for equity of their company.

In the show we got to see that there are some pitchers like Jugadu Kamlesh, Revamp Moto who have won the audience’s heat and a deal from sharks whereas others are less productive than others like Good Good Piggy. Some business ideas and pitchers make the judges and the viewers laugh like Naval Fukai. On the other hand, some entrepreneurs had good business ideas but pitched them in the wrong way like Gopal’s 56. And this makes them leave empty-handed without any deal. Here are names of such worst business ideas

Baldev Jumnani and Jayshree Jumnani from Sharwani Engineers, a Nagpur based startup brought the funniest and the most weird product on shark tank India. Baldev at first asked about the fantasies of the Sharks to which none of the sharks replied. The question left the Sharks clueless and stunned. He claimed that his product can increase the look of the navel without any medicine and surgery.

He said that navel foci can be helpful for people from the modeling industry. Their product consists of a total package of a sanitizer, an oil and navel fukai.Till now he has given his products to 700 customers. They had a ask of 10 lakhs for 20% equity of the company.

Shark Aman and Ashneer could hardly control their laughter after listening to the pitch. Namita Thappar immediately stepped out of the deal. She was doubtful about the product that claimed to make changes in the body permanently. After this all the sharks stepped out one after another.

Even Ashneer made a remark for them, called it a waste of time and told them to get serious in life.
This hurt the couple and Baldev said that his house runs on the earnings from this product. 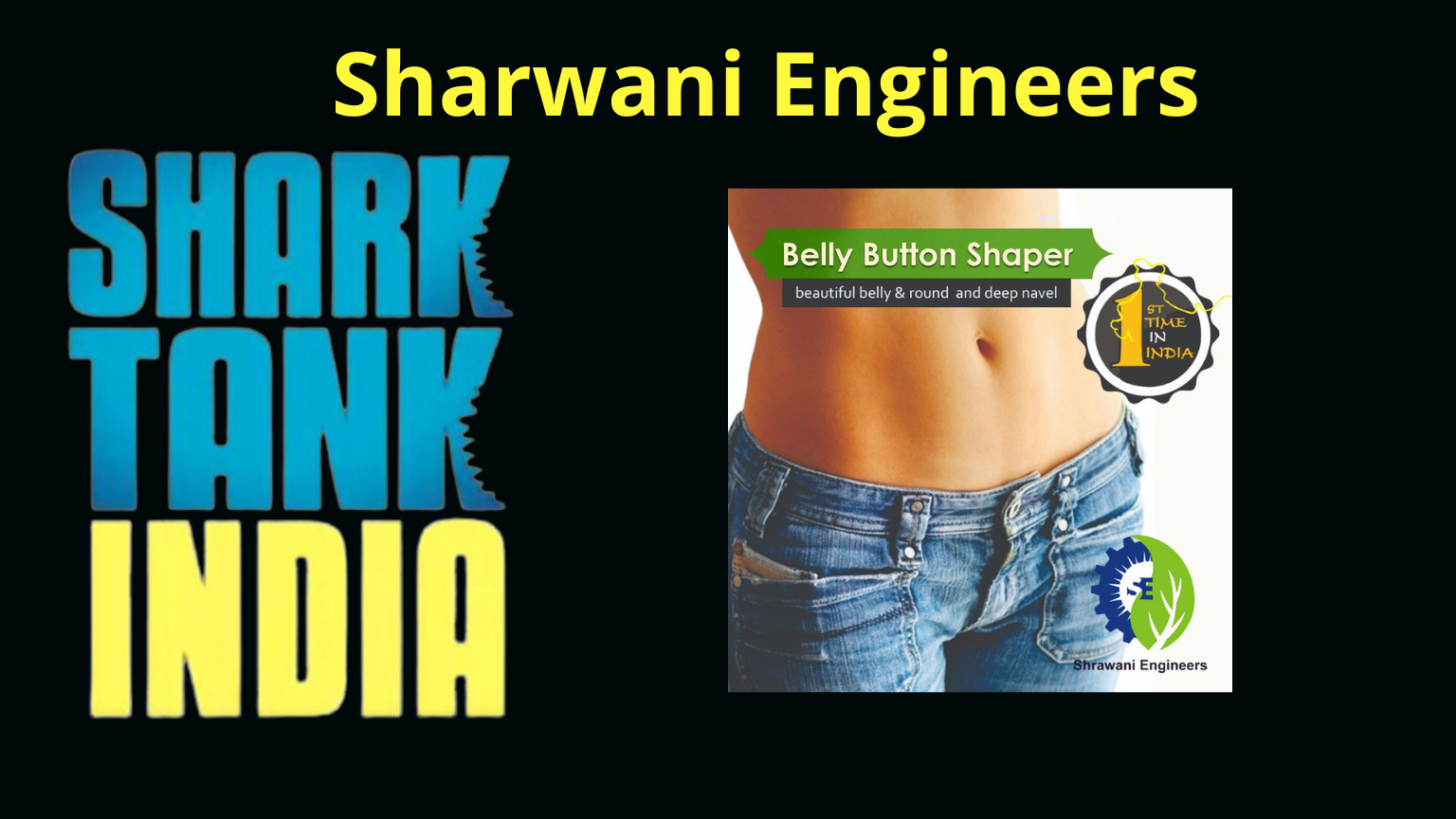 Rohit Warrier is the founder and owner of his company Sippline Drinking Shields. He started his pitch by saying that sometimes glasses get dirty and lipstick marks are present on the edges of the glasses. He further explained that when somebody goes to office parties and kitty parties and orders some drinks, it is seen that sometimes the rims of glass are dirty and unclean.

He himself has faced this problem and found a solution to this problem for many people through his product from his startup. The was claimed to be a necessary product in covid times or for any type of infectious diseases. It is mainly a protective plastic cover that can be attached to the edge of glass before drinking from it. He had asked for Rs75 Lakhs at 15% equity of the company at the company’s valuation of Rs5 Crores.

Ashneer Grover immediately gets out of the deal and questions Rohit on his idea.Ashneer even asked him if was drunk when he made this business. He called the product useless and the most weird product in his life and he never wants to see such a product ever again. Namita told him that the product might not be needed and this is the reason for low sales. Vineeta also pointed out the problem with the brand name. All seemed not interested and stepped out. 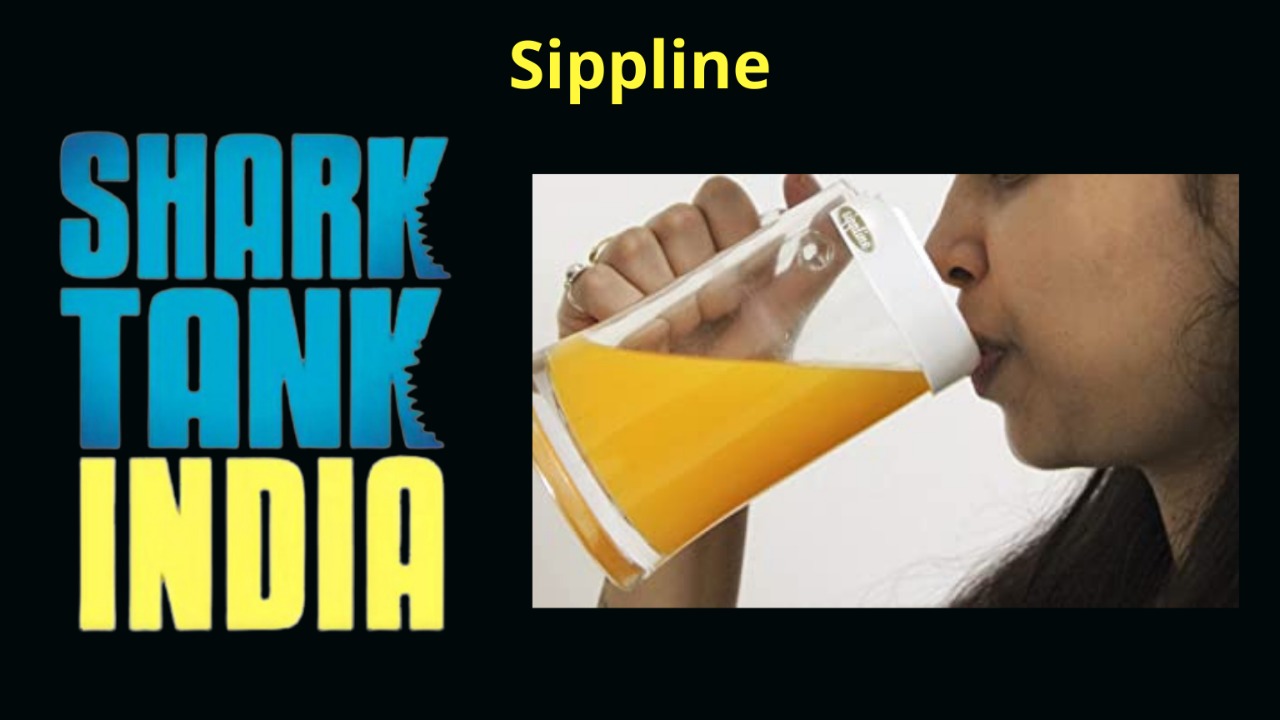 It is Delhi based startup. It is now run by Gaurav Goyal. He said that Gopal’s 56 is a completely natural, fully vegetarian ice-cream brand that sells pure and creamy ice-creams through its different outlets. The brand sells more than 56 types of ice creams through its 4 outlets in Delhi. The USP of Gopal’s 56 is to provide vegan probiotic ice creams that will ensure weight and cholesterol control of people.

He claimed this ice cream to be world’s first fibre rich ice cream brand with different ayurvedic flavours and ingredients like Ashwagandha, Tulsi, Dalchini, Brahmi, etc. He had asked for 300 crores at 25% equity of the company at the company’s valuation of 1200 crore. This is the highest ask for investment in the whole show. There were no such low points there with the product. But the pitch and ask of investment has led to all the Sharks stepping out of the deal. 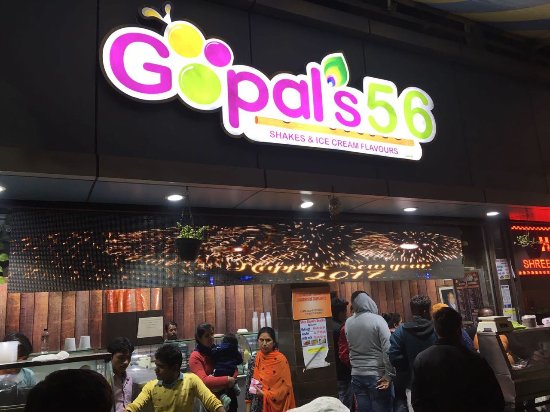 It was a unique brand with pitch presented by Niti Singha along with her girls showcasing the dress and idea. It is a brand that designs reversible and convertible clothes, which means that the dresses can be worn from both sides. She started her business four years ago with only women’s wear but now they have also started to make kids’ clothes. Niti even showed her design and creation by completely transforming the design of her dresses just by pulling out a belt. They mainly sell their products through their website.

She had asked for 30 lakhs at 7.5% equity of the company at the company’s valuation of 4 crores. She received mixed responses from the sharks. Ashneer Grover gave a remark for the outfits “bahut hi ganda fashion” and told the entrepreneur to shut down her business. He also addressed the problem with pricing of the clothes which are quite higher in the Indian market . Whereas Ghazal liked the business idea and even praised it. Aman said that there could be hygiene issues and hence he stepped out. Some didn’t like her clothes design. So Niti failed to bag any deal from the sharks. 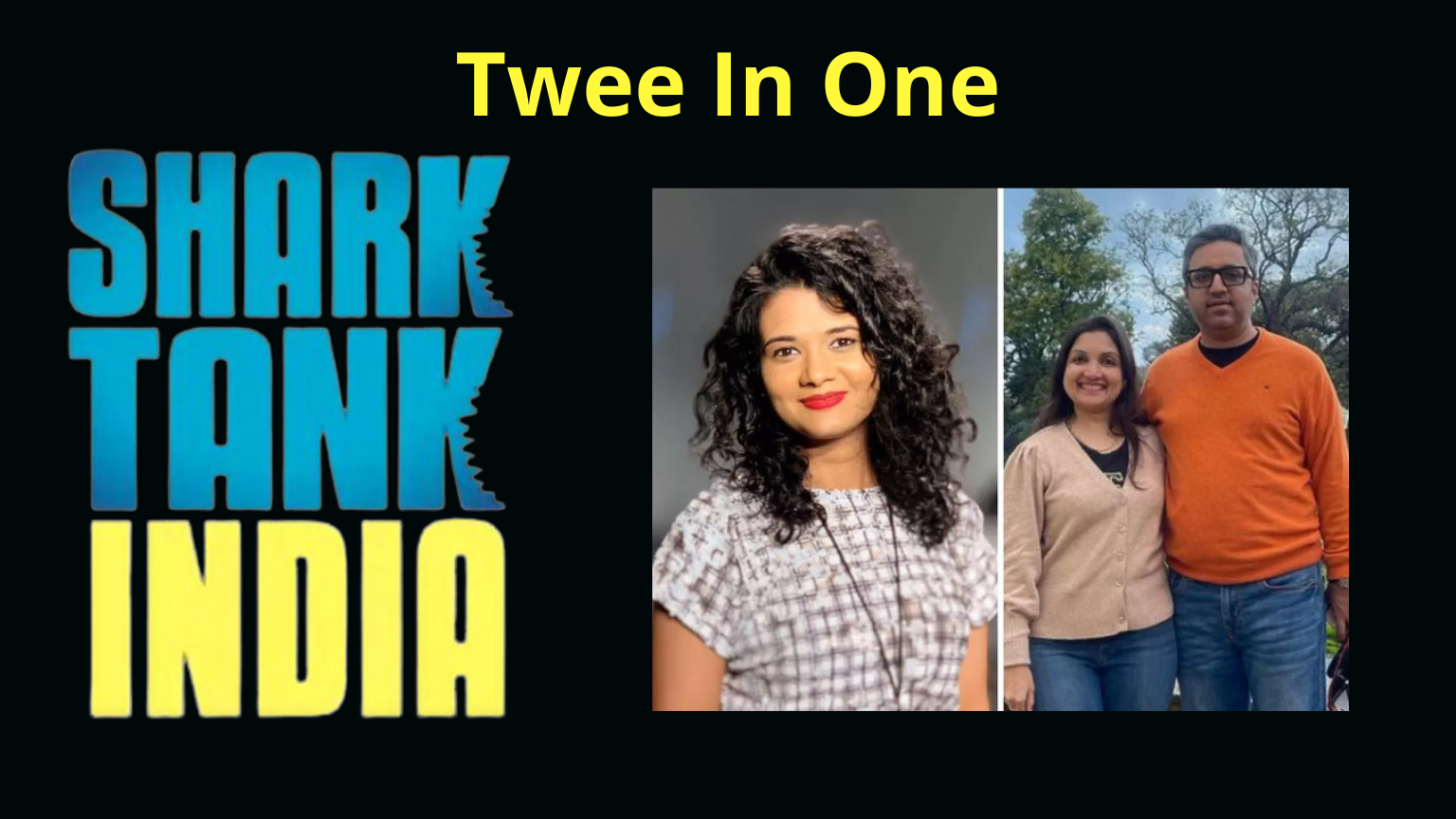 By using this app, children get to know many other skills besides money management skills. The founder had an ask of ₹45 lakhs in exchange for 5% equity of her company at company’s valuation of 9 crores. Good Good Piggy’s main aim is to help the parents who want their children to learn skills and know more about finances, money management and develop good habits too.

The idea of an ed-fintech company didn’t go well with the sharks. Anupam told her that she has knowledge and depth but not using it properly. Namita also stepped out as it was in pre pre-revenue stage. Ashneer liked the business idea. And all the sharks were out and Purva failed to bag any deal. 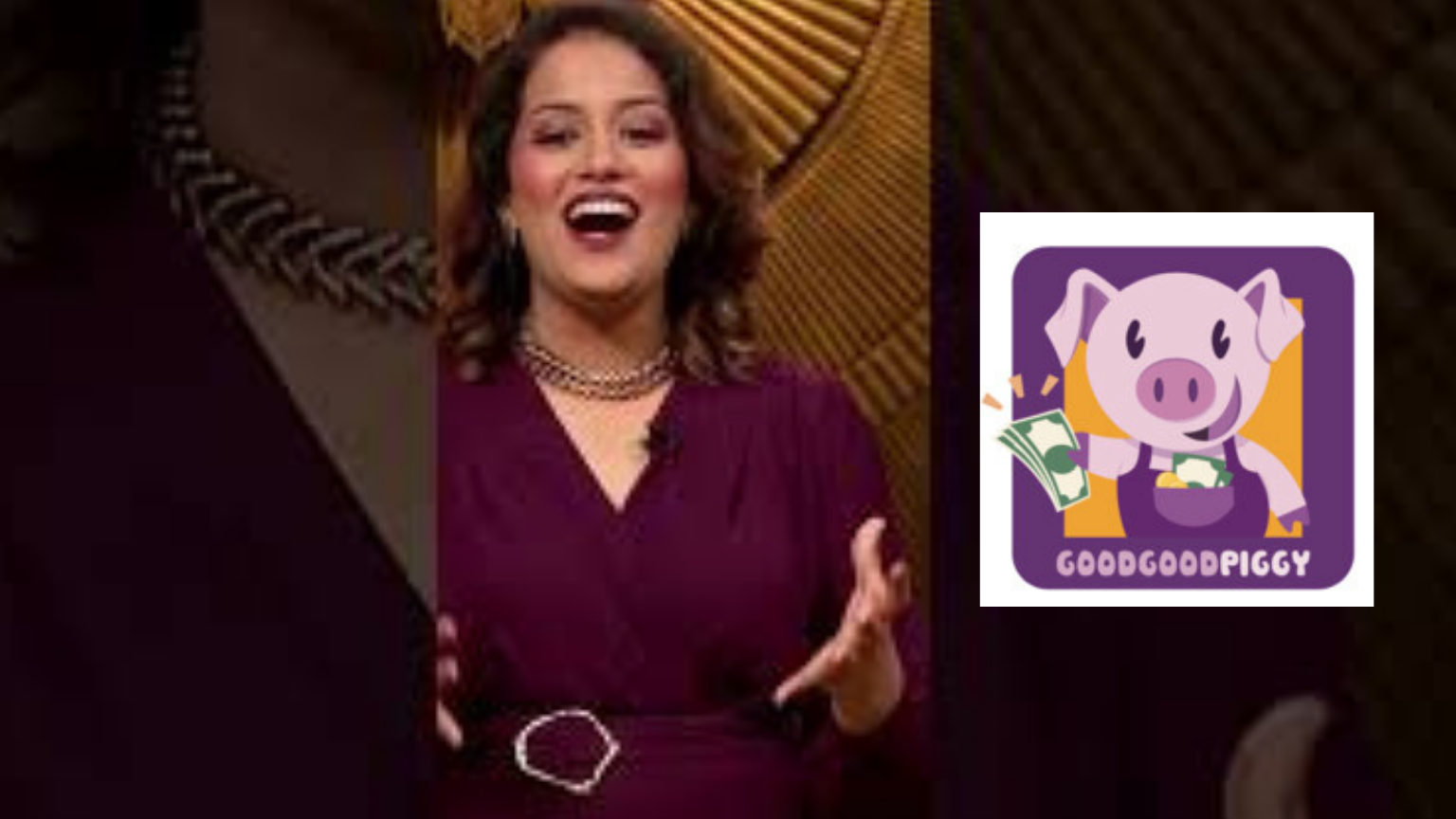 Which pitches do you think are the worst pitches of Shark Tank India season 1 Let us know in the comment section.