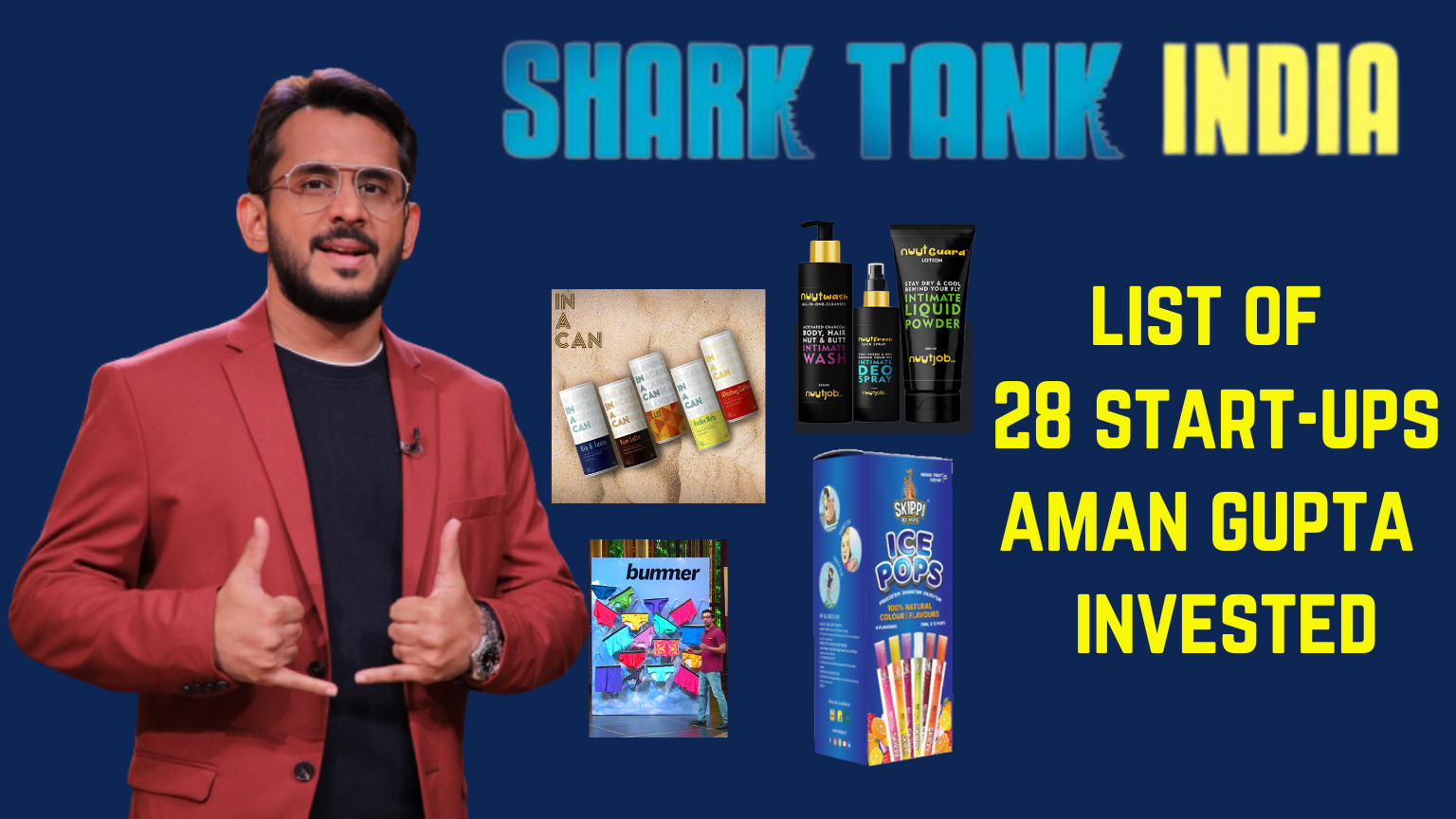 Aman Gupta is known for being the co-founder and Marketing Director of his company BOAT. BOAT is one of the leading companies producing headset equipment models in India and has gained a whopping share of 27.3% in the Indian market. The company sold headphones, earphones, speakers, travel chargers, and other such products. In the initial two years, they managed to make Rs 100 million in domestic sales.

From education background, Aman Gupta has attended Delhi Public School. Then he completed a Bachelor of Business from Delhi University. He is a well-educated businessman. He received his Chartered Accountant certificate by the Institutes of Chartered Accountants in India. He also completed his second Master of Business Administration from the Kellogg Graduate School of Management. He is known for his funny actions and comedy in the show Shark tank India.

1. WickedGud: $340k from Aman Gupta and seven other investors.

2. Freecultr: INR 37 crores from Aman and four other investors.

3. Shiprocket: $185M from Aman Gupta and twelve other investors.

4. Anveshan: 36.7 crores INR from Aman and six other investors.

6. Chargeup: $2.5 Million investment from Aman Gupta and five other investors.

Aman Gupta is the Co-founder and Chief Marketing Officer of his company boAt.

2. How many startups did Aman Gupta invest in so far?

Aman Gupta has invested in around 30 startups.

3. What is the net worth of Aman Gupta?

Aman Gupta’s net worth is approximately $93 Million, as of February 2022.

4. How much equity does Aman Gupta hold in boAt?

5. What is the total amount invested by Aman Gupta in Shark Tank India?