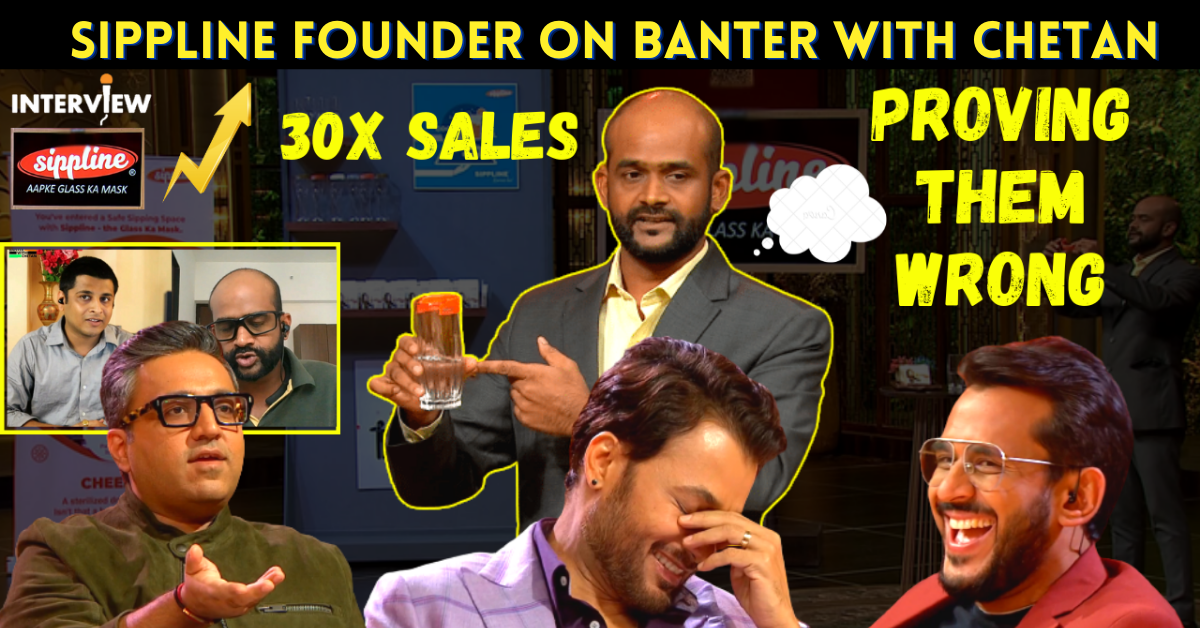 Shark Tank India is a business reality show that aired its first episode in December 2021. The show has witnessed many pitches and business ideas. Some succeed to impress the sharks and bag investments, while some fail to make a mark on the show. And few pitches are doing good after the show, even if they could not get investment in the show.
One such startup is Sippline. The company Sippline was launched by Rohit Warrier. In hotels, pubs, or any public places many times people face the problem of dirt marks on the rims of their glasses. This can affect health as it can be contagious. Rohit himself faced such a problem. To solve this problem, Rohit made Sippline Drinking Shield. It is a sterilized shield attachment for glasses that can be reused.
But he couldn’t impress the sharks and got no investment. He took this positively and did not get demotivated. His team was trying to create awareness among people regarding this product as the product is quite new in the Indian market. After the Shark Tank India episode aired people got aware of this. Post episode there was a huge increase in Sippline sales.
So here in this blog, we will share some highlights of Rahul Warrier’s interview with the youtube channel Banter with Chetan. This youtube channel has taken many such interviews with business entrepreneurs and talked about their entrepreneurial journey. And few of them are from Shark Tank India such as Prathamesh Sinha, Revamp Moto team, and much more.

Rohit Warrier gave an apt answer to this. Any idea is born, when problems are faced, and finding a solution to that problem is most likely to succeed at that time. He himself has faced this problem. During his first business venture, he had a habit of having tea before and after every meeting as it works as a booster for him. Tea stalls used to be his pitch point where he visualized his business plans. He continued to say that the glass on tea stalls has marks on it, was not cleaned properly, and is quite unhygienic. And at that time 2010 plastic cups were not popular in use.
He faced the same problem in hotels and pubs. He used to simply clean the glass rims with tissue paper. This is the problem in every place and hence he started to search for any such product that could cover the rim of the glass so that he could buy one for himself and his problem can be solved. The initial idea was not to sell the product and make a business. But he could not find any such product and decided to make one. This is the story behind the idea of Sippline.

Every entrepreneur wants to come to Shark Tank India. Like others, Rohit also had a similar dream. He told in his interview that during the initial struggling years of his first startup, he used to follow Shark Tank US. He got inspired by the show and wished to be a part of it someday. Rohit submitted his first application which mainly consisted of brief information about the business and its founders, also describing the IP of the business, and patents if there are any. After this, there is an online form that requires detailed information to be filled such as the personality of the pitcher, business revenue, and other details. The participants need to make a specific three minutes duration video about the pitch recorded specially for the show.
After clearing this round, there is another audition round where participants will pitch in front of a few analysts and other people from the team of Shark Tank India. Post this there is the final moment of Shark Tank India. About four days prior to the final day, participants practice their pitch as they need to look presentable. 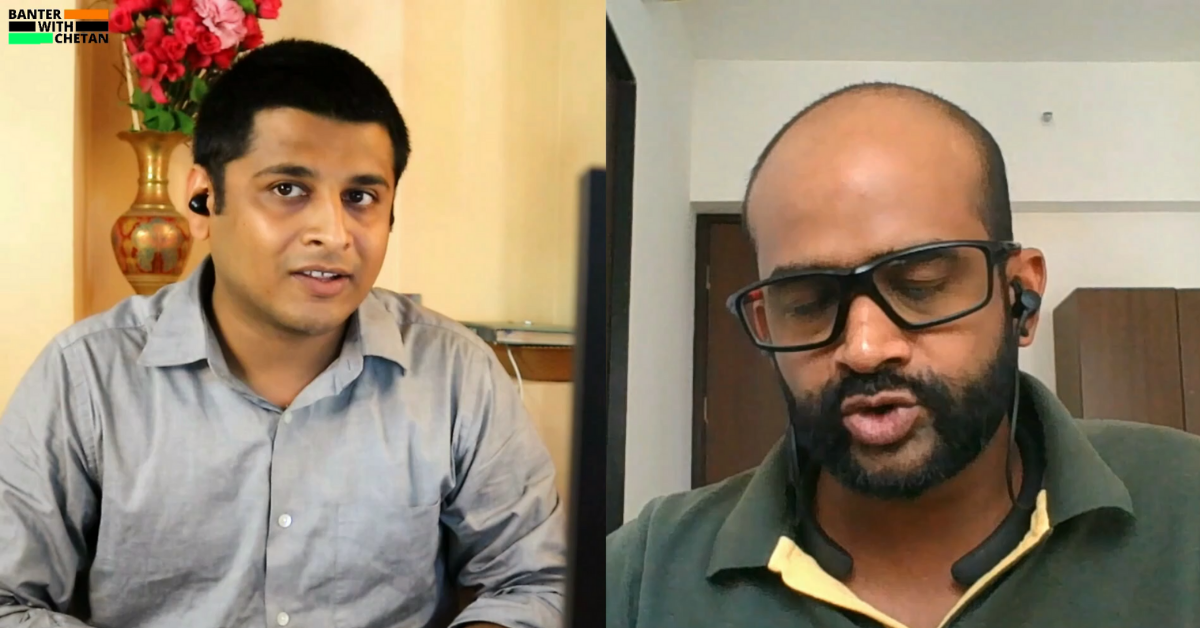 Rohit shared his experience in Shark Tank India. He stated some motivational facts. He said that it is more important what an entrepreneur thinks and how much belief in himself, rather than what others think. If one cares about what others think, then it will be difficult to take one more step ahead. Hundreds of people will have hundreds of opinions but important is one’s own opinion on their business and product.

Talking About The Sippline Creative Reels

Rohit has shared a creative reel on his Instagram through which he shared some of his business analytics about his product. Many websites are also covering this reel story. Rohit never gave up after the episode of Shark Tank India went on air. He was always focused to complete the vision of Sippline. He added that when people are focused they keep getting ideas. The passion for doing something helps you to get ideas. He also appreciated the work of his team. After he thought of that idea, he told his team and sent them the screenshots of the analytics. But his team worked hard and added the analytics of every social media platform in the reels and made it work. Rohit further explained that it’s not only about him, his team is equally important and believes in his vision. Just one step forward, and other steps will automatically fall where it takes place, Rohit added. His first step was when he didn’t give up after the episode aired in spite of so many abuses. He was surprised and shocked to see people’s reactions to his product. He couldn’t figure out that people were abusing him.
In Spite of all these, he didn’t get demotivated. He took all criticism positively and raised his company’s sales almost thirty times more than before the episode.

Rohit said that There is an increase in the company’s sales. For the last year, they were trying to create awareness among people regarding sippline as the concept of sippline is new to them. They are trying to create a new industry. Many other accessory industries will grow in the future because of Sippline. They have been doing marketing and awareness campaigns for last year, but they failed to get desired awareness. But they got that awareness after the Shark Tank India episode aired. Especially the reels and educational videos they were making contributed a lot to their mission. They were regularly uploading videos, doing Q&A sessions on Instagram and were open to answering every question. All the videos got lakhs of views and that helped them in real reach.
He also said that as a human, one needs to accept that they will have critics in life. If you start to be affected by criticism then you will go nowhere. He advised us to take criticism positively. When he faced criticism, he took inspiration from it.
He believed in his product and now is working hard to fulfill its vision. When he succeeds in fulfilling his vision, people will automatically be proved wrong.

Talking about the future scope of Sippline, Rohit answered that there are many options and ideas with them for Sippline. But they are still catering to the growth of Sippline after Shark Tank India and due to a lack of efficient time, they could not execute their ideas. But definitely, Sippline is not going to be the last product. In the future, they will make products under this name. They will bring more SKUs of Sippline so that products will be cheaper in the market. They are trying to achieve this in the next few months. More products will be there, but time will be needed to explore more to get the best feasible option. Now they are focusing more on exports as the market is mature enough to accept Sippline as a product than the Indian market, Rohit added. His increasing sales include a maximum part from exports. After Shark Tank India, their online sales increased on Amazon and their official website.

Rohit felt that most entrepreneurs failed in the proper implementation of their ideas. He advised them not to think too much. He had a 2 seconds rule for this, which means if he thinks of something then does it in 2 seconds. He said that if any entrepreneur starts thinking too much then the confusion creates a lot. “Analytics become paralytics”, he added. He further said that start doing and solutions will automatically come. And it is completely fine to go wrong sometimes as you can always correct it but the important step is to start.
He gave another message that there are many fresher entrepreneurs who get demotivated at the starting of their entrepreneurial journey, may never come back to entrepreneurship and this is not good for the country. People need to understand that they should not pull anybody down, or demotivate the entrepreneurs. As it helps the entrepreneurs, in creating employment and overall helps the country and its general public.
He gave the example of skydiving, and suggested that we don’t listen to anyone and just start, and if one could make a decision, then move on. He started to execute his idea within a few hours.
Lastly, he suggested believing in intuition, moving forward and does not stop.

To know more about the interview details, check out the youtube channel- Banter with Chetan