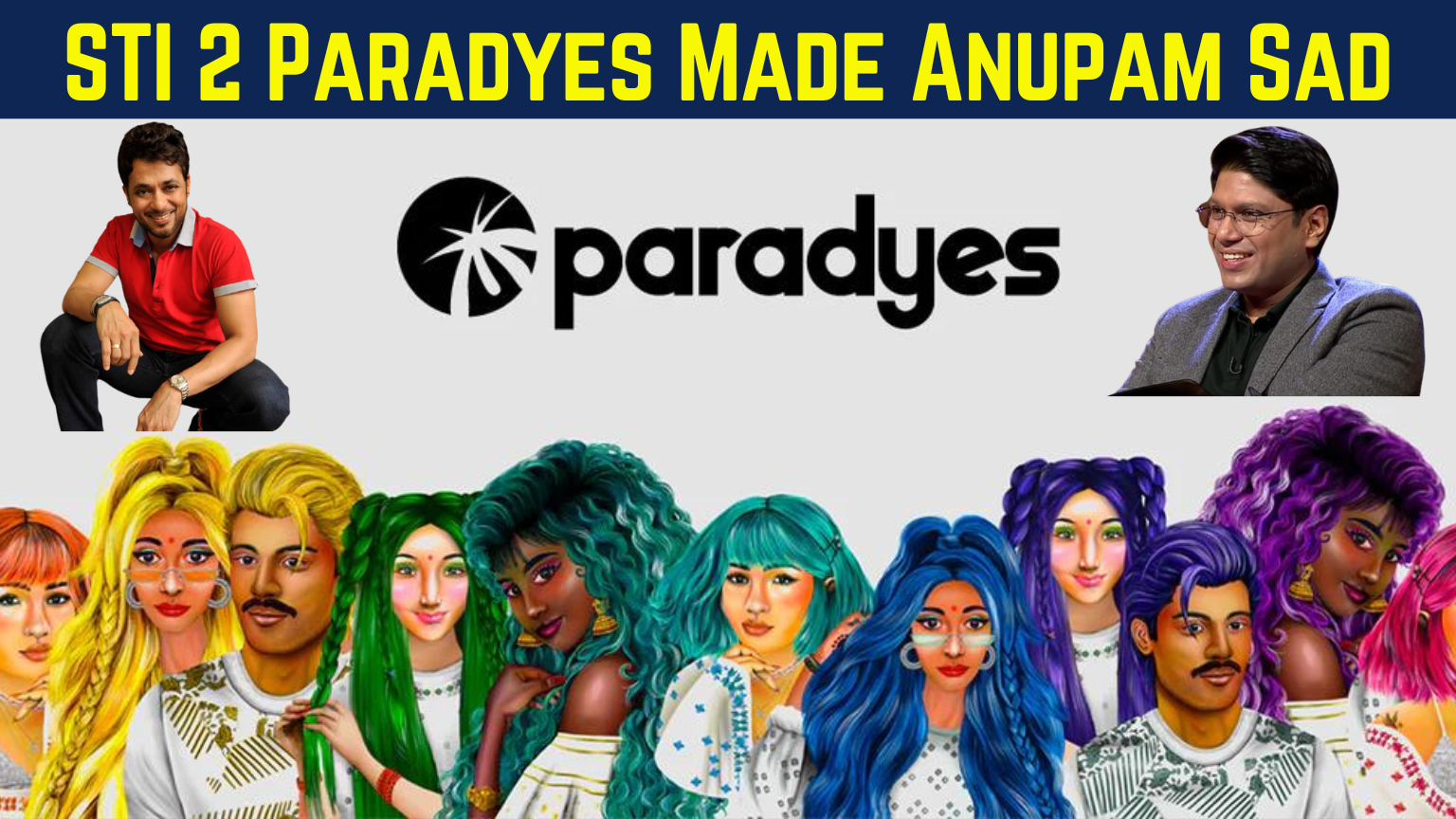 Paradyes is India’s first semi-permanent hair colour brand. Their vibrant and bright dyes come in a range of 15 shades. Their products are vegan and cruelty-free, ammonia and paraben free. This time the founders Yushika and Siddharth went to Shark Tank India Season 2 to pitch their business plan in front of the sharks. A promo has been shared by the official account of Shark Tank India. Anupam Mittal and Peyush Bansal seem to be disappointed with them. To know broadly about the brand, the core team members, their products and more read the blog. To know more about such news on shark tank India, keep following our site.

Paradyes Pitch in the Promo of shark Tank India Season 2

Here is the second season of Shark Tank India’s promo. A pitcher who is labelled as “oversmart” is depicted. When the pitchers attempt to clinch their agreement, Anupam Mittal and Peyush Bansal become agitated. In season 2, a brand called Paradyes will make an attempt to pitch their goods. The item is a dye, but it’s a temporary dye.
Although the sharks did make a bargain, it was countered. As one might anticipate, the counteroffer did not go well. Vineeta attempted to reach a compromise with Anupam. Soon after, Aman Gupta continued by saying that she also needs to choose someone else. Anupam flatly rejects. Vineeta makes an announcement shortly after that three sharks will partner with the company at 3%. The pitchers, on the other hand, hope to tie Vineeta and Aman at 2%. Anupam loses it after hearing their counteroffer. He claims that the pitchers tried to play “over smart” and that it was a “dirty game.” Peyush said, “This is a major error,” supporting his stance. Of course, time will tell if it was a serious error or not. Beginning on January 2, 2023, Sony LIV will begin streaming the second season of Shark Tank India. On weekdays, it will be accessible starting at 10 p.m.

But what is the story of Paradyes keep reading the blog for more details?
Back in 2013, one bad experience of Yushika Jolly Founder, at a salon left her with a head of half-bleached hair as she was searching for the perfect blue dye at local beauty shops, salons, and malls. The only colors available in the market then were the standard blacks, browns, and reds which are considered to be the ‘best suit’ of Indian hair. Creatively colored hair has always captivated her. She began experimenting with her hair by tinkering with factory dyes used by my family’s company. These were merely standard dyes—not branded, specially designed hair colors. She discovered a wide selection of easily accessible trendy hair colors in 2017 in London’s neighborhood pharmacies. This resulted in a year and a half of hair color studies and trying products from every brand so she could find and weigh the benefits and drawbacks of each.

She encountered the dearth of widely accessible DIY hair color alternatives once more after returning to India. She made the decision to use the foundation for the brand that is now Paradyes as a result of years of experimenting with the color of her hair. She collaborated with experts and started research and development to create hair colors in the lab. The attractive range of colors are made from lab testing and trial development to bring out an amazing experience of hair coloring like never before to the users. As always, Paradyes aims to provide affordable, easy-to-apply hair colors. The Pillars of the Paradyes Team, its Core Members

She played a crucial role in the company’s founding because she has spent the last seven years dying her hair, which has given her a thorough understanding of the hair colour industry. After thorough testing, playing with shade cards, and researching the mechanics of dyes and colouring agents, she individually selected the range of colours with the assistance of experts. She is actively involved in all aspects of Paradyes’ operation as the brand’s creative director, from packaging design to advertising and image-building. She began with a goal of changing the perception of hair colouring, and she has creatively succeeded in realising this goal.

His primary areas of expertise are finance and audit. In addition to monitoring the brand’s financial decisions and legal compliances, Siddharth actively participates in forecasting, overseeing the technical aspects of the product’s manufacturing and distribution, and managing the growth and efficient operation of the day-to-day business.

His primary areas of expertise are product development and synthesis. He is responsible for overseeing the entire Research & Development division. He is in charge of the brand’s technical and scientific aspects.

He was an entrepreneur in his first generation. He had over 25 years of experience working in a variety of industries, including education, hospitality, speciality chemicals, pharmaceuticals, dyes and intermediates, news and entertainment, and healthcare. He gave insights into the company’s various operations, including production procedures, customised hair dyes, and the finished goods. He has been a vital part of the business since its early stages.

Does Paradyes work on black hair?

Paradyes work very effectively on bright and bleached hair. The reason behind it is light and bright hair takes dark color easily. For dark hair, the effect of color will be low.

Who are the founders of Paradyes?

In the Second season of Shark Tank India you can see the Paradyes.