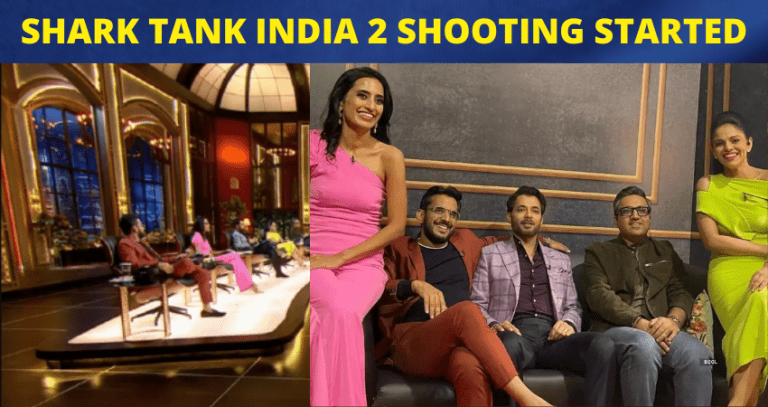 The Indian version of the US-based reality show ‘Shark Tank’ turned out to be a massive hit and a great success. While the appreciating response from the audience motivated the makers of the show to return with another season. This news has been confirmed by Sony earlier this year. And now new reports are making rounds on the internet suggesting that the shooting of the Shark Tank India Season 2 has already begun. But the makers are yet to make an announcement regarding when the new season of ‘Shark Tank India’ would premiere on television. Fans are eagerly waiting and have been sharing their excitement on social media after Sony’s announcement. “Are you one among budding entrepreneurs? If yes, then this is your chance to make your way bigger in the world of business,” Sony shared this update on Instagram earlier in April regarding Shark Tank India.

Meanwhile, a source closely associated with the production told Pinkvilla that the upcoming business-based reality show is expected to go on floors and has started filming on 19 of August in a studio in Mumbai. While the preparations for the are in full swing, ‘Shark Tank India’ fans are now eagerly waiting on the announcement about the premiere date of the upcoming season of their favorite show. While Ghazal Alagh, Vineeta Singh, Anupam Mittal, Peyush Bansal, Namita Thapar, Ashneer Grover, and Aman Gupta, has lauded appreciation from the audience for being the Shark Tank India sharks/ judges on the reality show, fans are hoping to see them coming up with the second season. In an earlier interview with the media, Shaadi.com founder Anupam Mittal gave a hint at his comeback on the new season of the popular reality show India. He said that he was always excited for being a part of Shark Tank, and thinks he might be going to have a long inning in the show. So yea, season 2 should be fully power-packed”. In the previous year, Shark Tank India made its debut on Sony TV. After an initial slow start, the show went on to become the talking topic of the town. The show and the sharks became popular and fan favorites. They were a topic of conversation on dinner tables and a great subject for meme pages.

And now Shark Tank India is all set to return for another brand new season. The makers have not made any official announcement on which entrepreneurs will join the shark panel, but according to the sources, the show will mostly go ahead with the previous ‘sharks’. In an interview with indianexpress.com, Anupam Mittal, who was a part of the ‘shark panel’ in Shark tank India Season 1, talked about him joining the show and his expectations for the upcoming season. Sharing about last season, he said that he signed the deal for the show a couple of weeks before he started shooting. He added that he had great excitement for the show as it is a huge commitment. He calls it a full-time job, as other than shooting there is promotional work, styling, and more. He added, ” “While we all want to make it happen, there is something called life, so I don’t know”.

Anupam Mittal shared his expectations from the show. Apart from excitement, there is also a lot of nervousness for Anupam. He said that season 1 had no expectations but now people have loved Shark Tank India and the expectations are so high this time. It’s going to be harder for every shark this season. “If I become part of the shark panel, I am going to be myself. Though it would be more challenging, the team is an amazing one and they have learned from a hit season. They will surely make a more entertaining season for the audience,” added Anupam. As he talks about learning and mistakes he does not want to repeat in Shark Tank Season 2, he said, “Since I have been investing in businesses for quite a while now, I am clear of how much to invest and in which businesses I wanted to invest, but there were a couple of times I invested in the show because of FOMO.

Fans’ expectations from the upcoming season of Shark Tank India