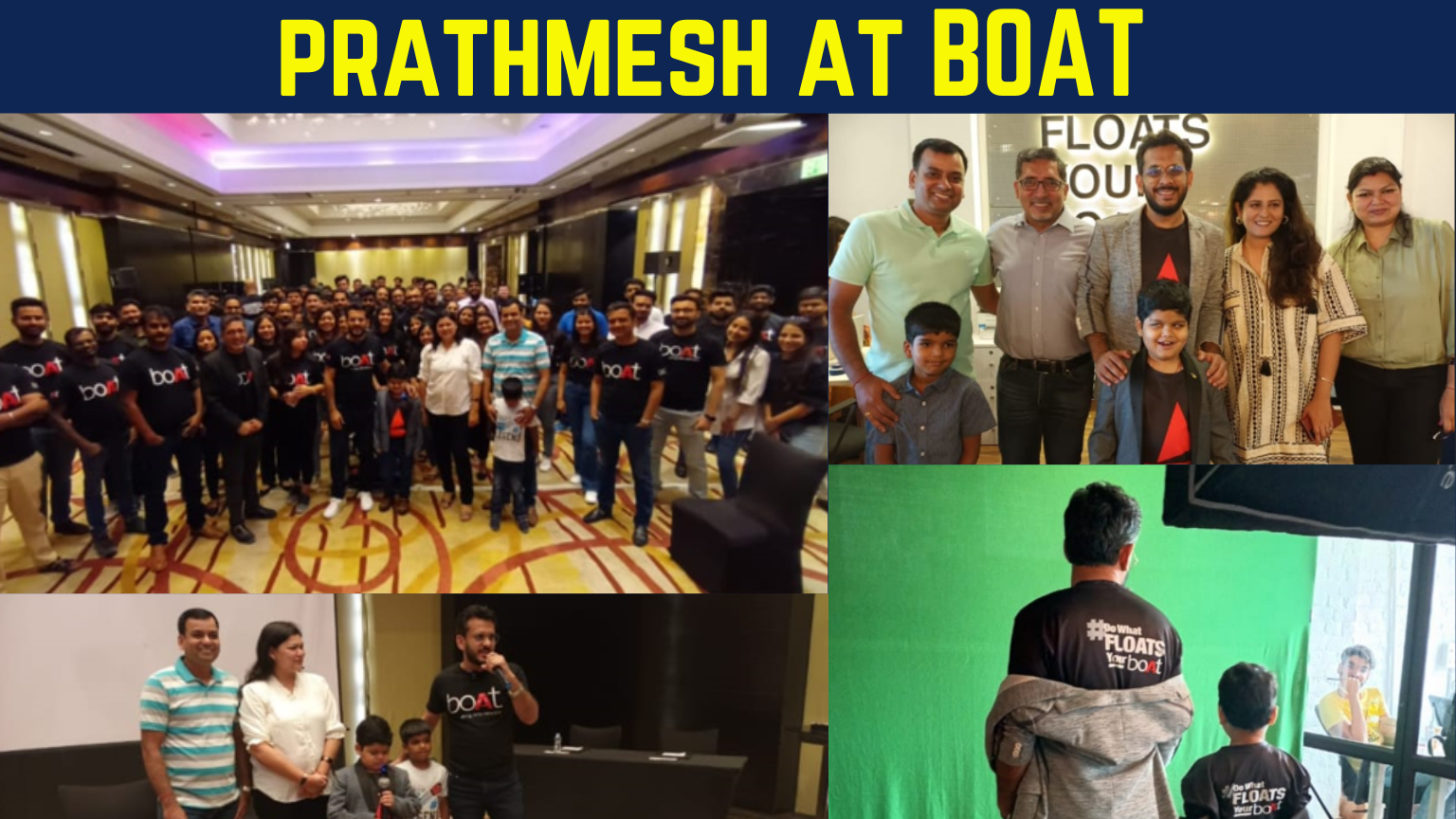 Prathamesh Sinha is an 11-year-old visually impaired kid from Pune City, who recently shot to fame after his appearance on the reality show Shark Tank India as a brand ambassador for a product displayed by a start-up. Sinha has won the hearts of many Indians with his intelligence and confidence on the show. He has an Instagram account and has recently crossed the 57,000 followers mark on Instagram. He aimed to become an IAS officer in the future. He is keenly interested in gaining knowledge in every field.

He has sent a strong message to all the companies who may approach him for endorsement of products through his interviews, that he will only endorse those products that are beneficial for the customers. He is a motivational speaker and has given motivational speeches in many places. He also went to radio Mirchi. But his presence on the Shark Tank India show has made him more popular on the show. He is quite a spiritual person and reads spiritual books every day. He always keeps himself updated and watches the news daily as this will help him in his goal of becoming an IAS officer. Talking about his hobbies, Prathamesh loves singing. He listens to videos on technology, any invention, and educational videos.

Prathamesh came on the show as a brand ambassador of the product “Annie”. This is the world’s first Braille self-learning and remote-enabled literary device. The startup Thinkerbell Labs introduced this product Annie, which can produce the sound in a friendly way and teach braille in different regions’ mother tongues to the impaired children. Annie has an entire ecosystem of Helios which keeps track of a child’s improvement and development. By using this machine children can learn reading, writing, typing, and vocabulary. It could be a big boon in increasing the literacy rates among the 20 lakh visually impaired children in India and worldwide.

Prathamesh received a warm welcome from all the sharks in the show. He presented his demo and impressed all the sharks. He was really thrilled to meet Aman Gupta and told him that he had all the products of boAT like earphones, chargers, and speakers. He also shared that his favorite shark is Aman Gupta. The sharks were surprised to see this 11 year’s kid with so much life and energy. Lastly, they all clicked a group picture together. He was really excited to appear on national television. He appreciated Gupta’s sense of humor. 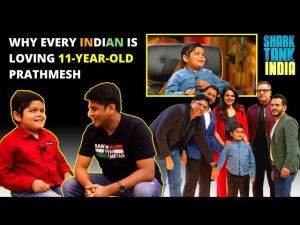 Prathamesh received huge love and appreciation from people not only from India but worldwide. His confidence, determination, strong willpower, and focus have won many hearts. People now recognize him because of the Shark Tank India show. They come to him to click pictures with him. Many say that they have seen him in the show and talked to him. He is enjoying this popularity and wants to continue this. He also has a YouTube channel by Prathamesh Sinha. After the episode aired, his followers and subscribers increased. Sharks have written appreciation posts about Prathamesh on their social media.
Many people say that they want to send him chocolates and want to do advertisements with him, or want to do promotional videos with him, and many like love messages from his fans. He is receiving love, blessings, and support from many. He gets motivated by all these. 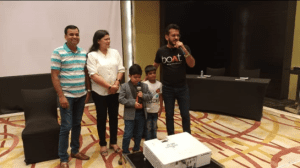 Prathamesh On His Birthday

Prathamesh celebrated his birthday on 15 January this year and shared photos of the celebration on Instagram. He received warm greetings, wishes, and blessings on social media. But this time it was not the same as before. He got calls and messages from the judges of Shark Tank India. Prathamesh posted a video on his Instagram handle during his pre-birthday time. He was elated and excited to show the gifts that he received from Aman Gupta and his wife. They send him boAt products. It is known to all from the episode of Shark Tank India, that Prathamesh is a lover of boAt products. So he was extremely joyous while sharing this video. He received those products as an advanced birthday gift from Aman Gupta and it was a big surprise for Prathamesh. He received boAt Smartwatch, boAt earpods, wireless headphones and speakers from boAt. He cheerfully thanked Aman Gupta, his wife Pia Dagger, and the boAt.

A video was shared by boAt team and Aman Gupta from their Instagram handles. Prathamesh was invited to the boAt office. He came to Shark Tank India and won the hearts of the nation. But he wants to spend some time with his favorite shark, Aman Gupta. It is no longer a secret that he is a big fan of Aman. Recollecting memories, Aman said that he was shocked when he saw Prathamesh for the first time. He is so full of positivity and has a positive approach towards life and is an amazing child. He was so motivated at such a young age.

In the video, it is seen that Prathamesh is so happy. His journey started as a demonstrator of a Braille learning device, and now he becomes the boAthead. Undying passion to achieve goals and love for boAt, are the two qualities in Prathamesh that make him boAthead. He said he likes the tagline of boAt, “Do what floats your boAt”. It means to follow your passion and Prathamesh is a believer in this. The team of boAt did many things with Prathamesh to bring a smile to his face like fun shooting, food, inspirational interviews, and much more. He got a chance to experience a day in boAt as he was invited to the boAt office as a special guest. 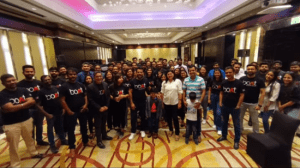 Aman asked Prathamesh if he was made CEO for a day, what would he do. To this Prathamesh funnily replies, he will give two days off to Aman from work. He aspires to be a motivational speaker when he grows up and the boAt team gives him a stage for a day to speak his mind out and be an inspiration to others. Prathamesh believed that whether a person has a vision or not, he should have a vision for his life. He shared his story and left everyone’s heart melted,” This is the same Delhi, where I got operated on when I was 16 months old. It was that same Delhi, where doctors told his parents that it was impossible to restore his vision. But it’s a coincidence that this is the same Delhi where I am sitting with the top officials of boAt and giving a motivational speech”.

But this is just the beginning. To ensure that this immensely talented kid gets the opportunities that he deserves, boAt crafted a unique scholarship for him in the form of a special needs instructor. The particular instructor will guide Prathamesh to use his highest potential to overcome his limitations. This will ensure that Prathamesh receives the best education and achieves his goals in life. Lastly, Prathamesh’s parents thanked the boAt team and Aman Gupta for what he did for their child.