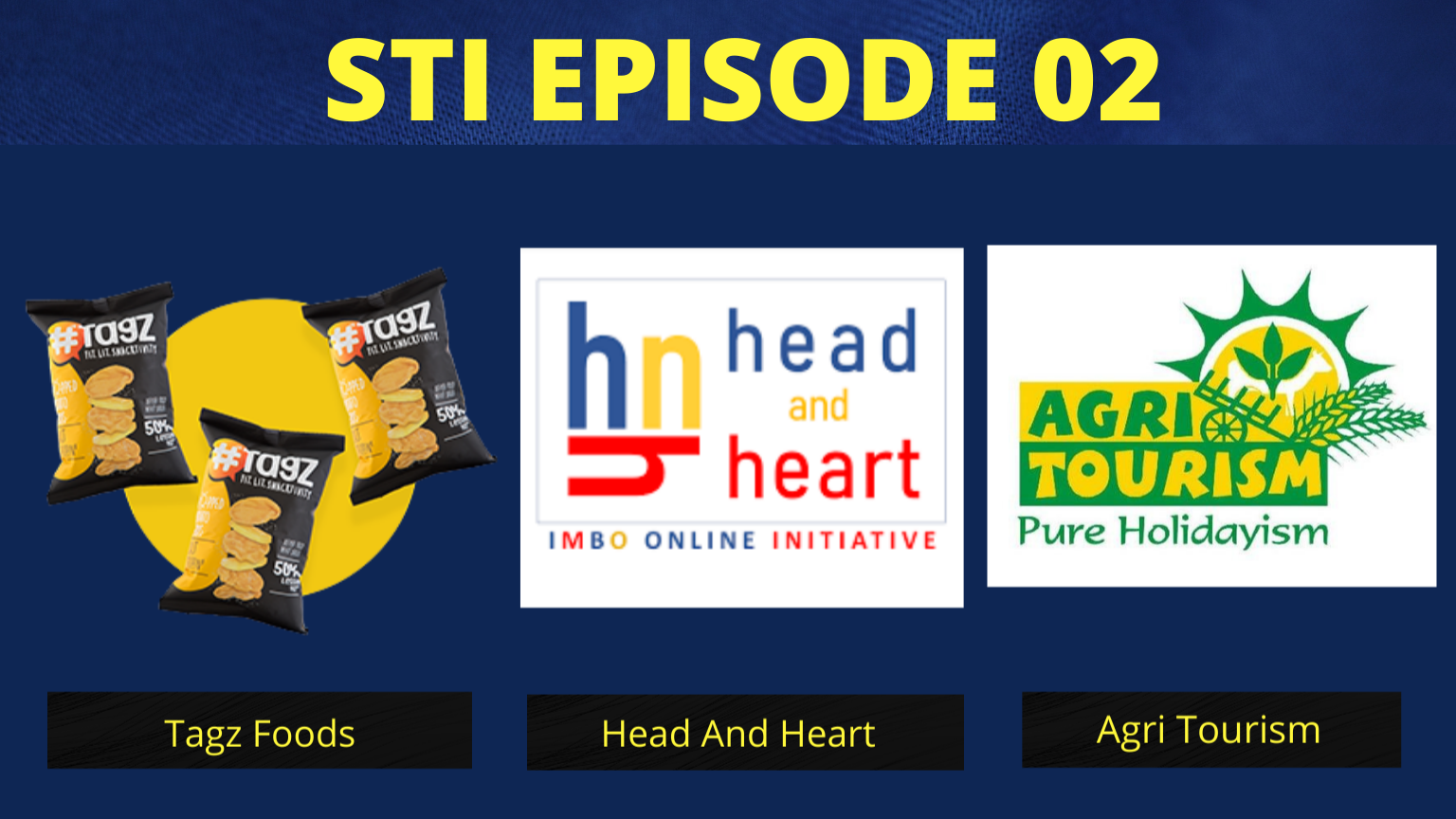 In today’s episode, viewers witnessed three different startups from three different fields. Here is the detailed information about each of the business of shark tank india episode 2:

Anish Basu Roy and Sagar Bhalotia presented their brand in front of the sharks in a wow way and the sharks were impressed with their way of presentation. Tags-the urban gen z chips brand launched their first product in India back in 18 months. The non-baked and nonfried tagz potato chips gaining popularity in recent times in India. They told about the first day when 470 cartons were brought from the factory and they both with few members unload the cartons themselves. 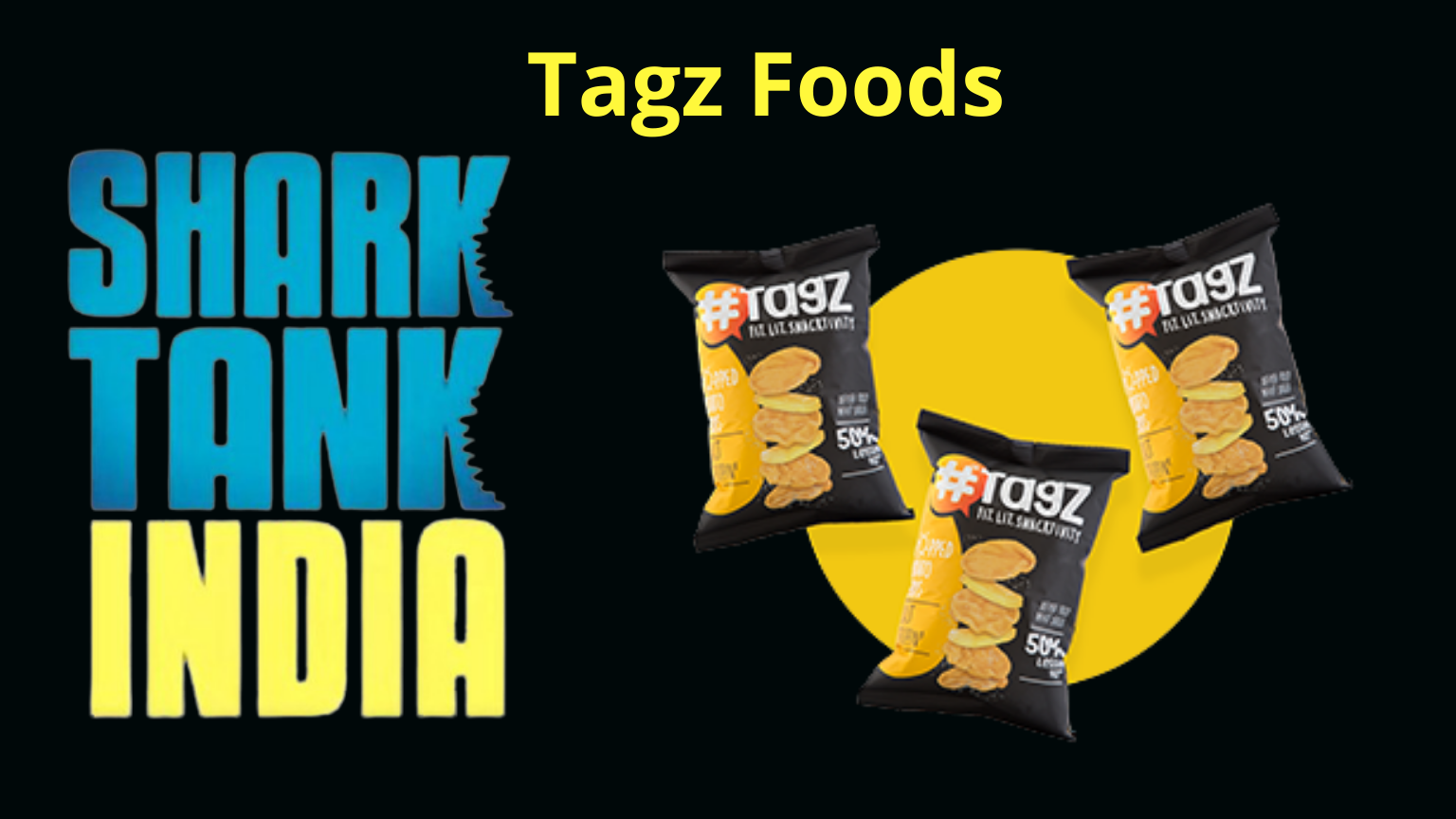 Anish and Sagar said that Tagz is the first ever brand which sells popped potato chips. The chips are never baked ,never fried, oil free, gluten free ,no trans fat and 50 percent less oil. They explained the popping technology which works with High temperature and less pressure thus making the chips best for smacking. The company has launched 6 different types of finger lick’in flavours of chips and 4 gourmet dips. The company sell their products through 30 e-commerce website and more than 2000 retailers around the country.They are more in the online business than the traditional business.

They also added that they are not looking to make healthy products but looking into the sector of products where people want to have the products but they want it to be healthy.Countered by shark Ashneer that traditional platform is also necessary for the sales of the company, replying to this Anish told that they are connected with many distributors around the country through these online platforms.After the end of the deal Aman Gupta added that if you build a kingdom in online platform customer will want your products in shops.

There is a factor in this business which is gross margin.Sharks asked about gross margin and it was told that the average gross margin is about 48 percentage.The company has raised a total revenue of 7 crore till date and last year they generate a revenue about 15 crore.The valuation of the company is 70 crores rupees. Anish added that the gross margin is highest on selling the 50 rupees packet.

The Tagz company offered 70 lakhs for 1percent stake in the company.

Shark Anupam showed no interest in investment as he was not so impressed about their saying how the valuation became 70 crores and they need to do improvement to reach the unicorn. Vineeta singh told them not to sell directly to customer.They need to sell more and they have to reach 2 lakhs retail shops from 2000 shops.She backed herself. Aman Gupta and Namita Thapar had a little bit of discussion and they counter offer for 4 percent stake for 70 lakhs rupees.

The final deal was done by Ashneer where he would take 2.5 stakes for 70 lakhs. 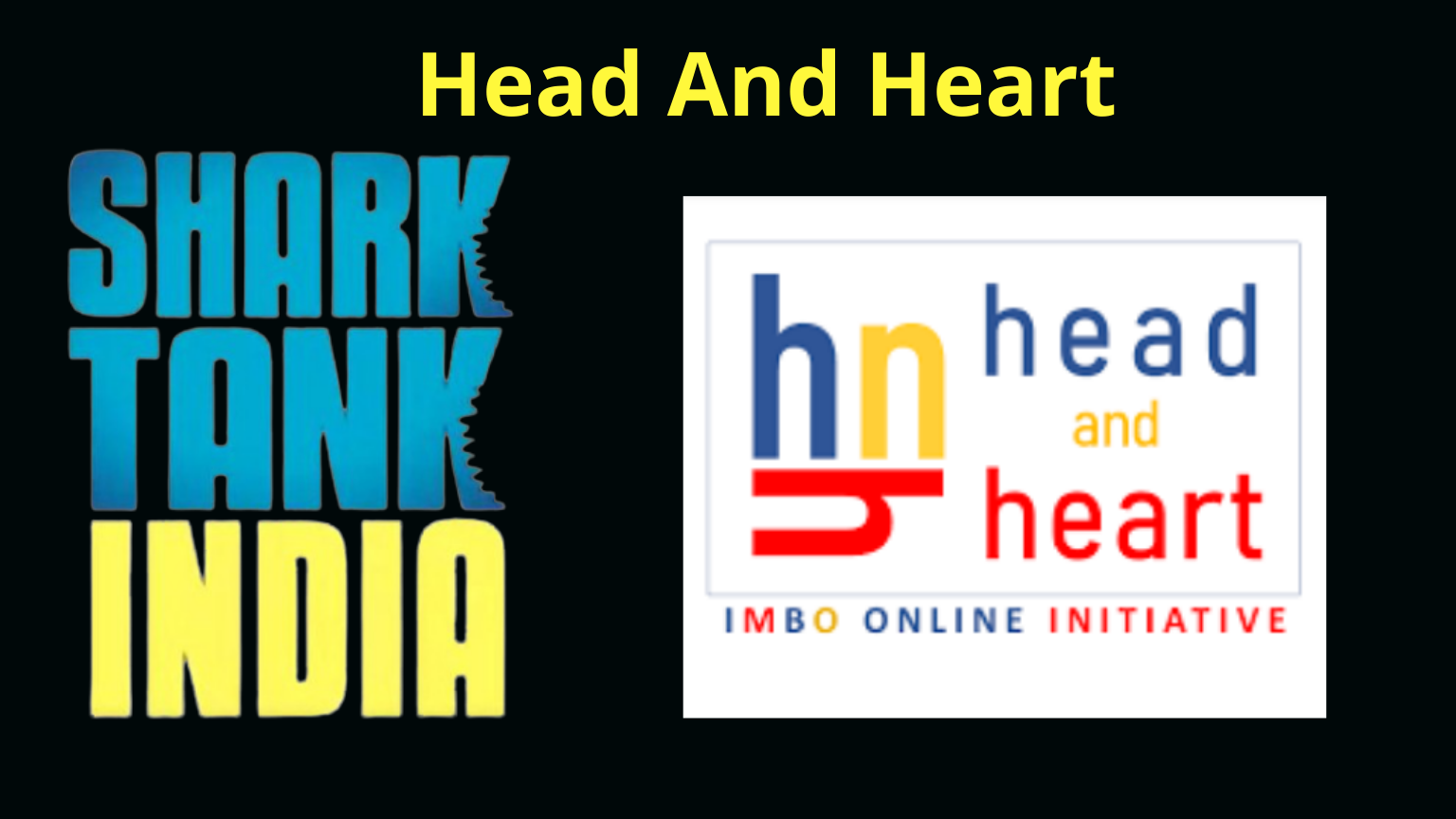 Mr. Singh claimed his presentation about business will be scientific magic. At first he called Shark Vineeta to blind fold his daughters. Then there were few objects kept in the bowl in front of them. The girls identified each object just by smelling and touching it with their head. This left the sharks in astonishment. Then Mr. Singh took a few objects from every judge. The girls identified everything. Mr Singh explained the technology behind this is a Japanese technology called Brain optimization. Chehac and Mehac told sharks how this has improved them in improving concentration, studies and art.

Mr Singh explained how he first saw this technology in Malaysia during a seminar. Then he and his wife decided to open a business regarding this in their own country. Their first class started in Delhi with a batch of 15 students in 2014. They have trained more than 5000 students. They did their first online session on 27 April last year. And got 1100 students from 7 countries without any major in Marketing.

He told that the education board of Himachal Pradesh has already approved their training and decided to keep this training as a subject for classes 9 to 12.

The company has a valuation of 10 crores. Their last year revenue is 30 lakh.

Ask by pitchers of Head and Hearts:

They come up with a ask of ₹50lakhs for 5% equity.

All the Sharks step out from this stating no such bright future of their startup as an edtech company. Hence no offer was given and no deal is done.

Pandurang Taware was born in a farmer family in a village named Baramati in Maharashtra.His father was a farmer and his father always have the confidence that a farmer son can do a change in the world.Pandurang Taware worked as sales person in club Mahindra Holidays for 12 years and also have that interest in farming as he was very keen to improve the farmer profits and make a development in their lives.He received an award from the president of India for innovative tourism products. 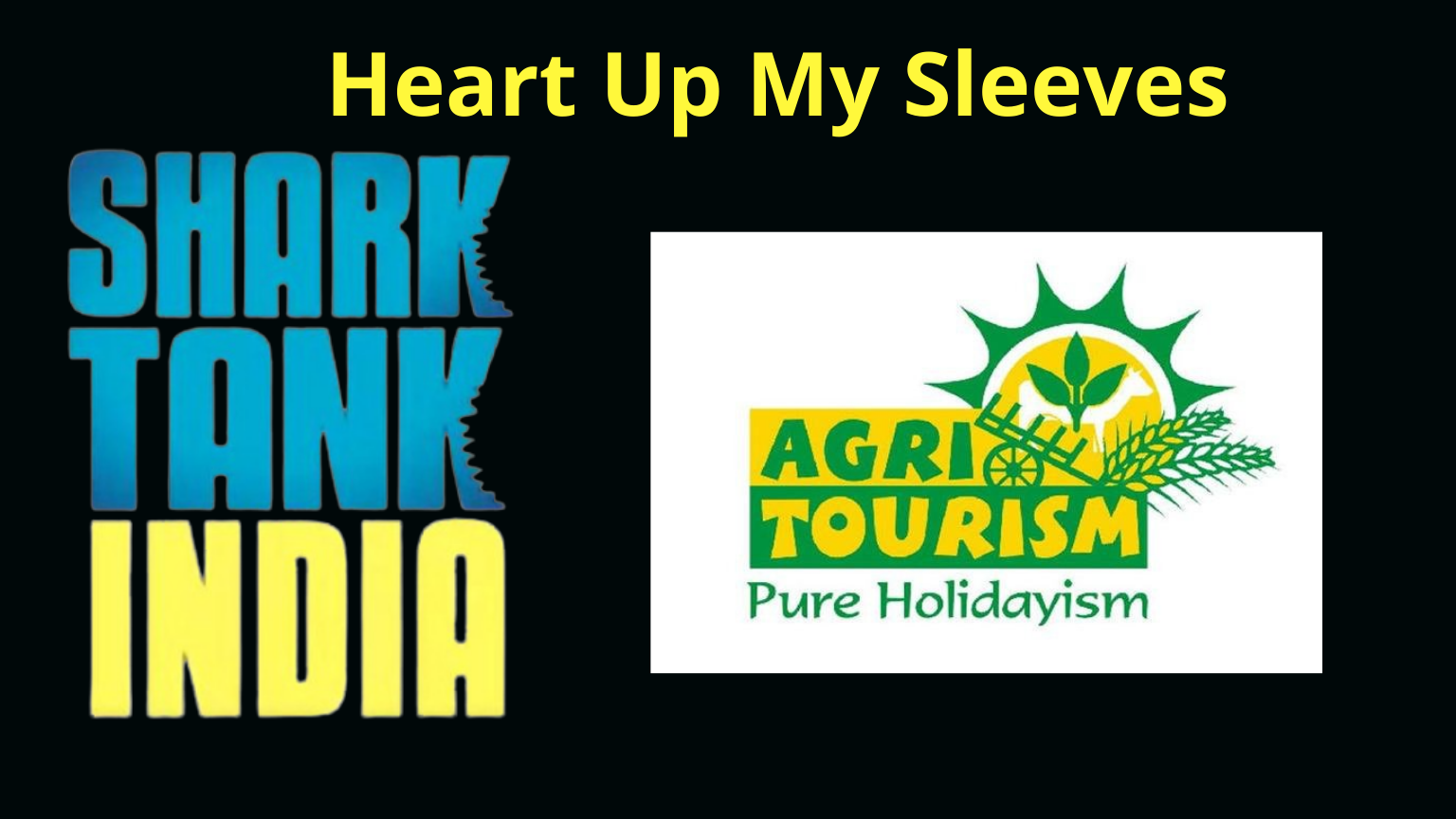 Pandurang Taware returned to his hometown and started Agri tourism with his wife Vaishali where people from all over the country can visit in their leisure time. Pandurang also added that in agri tourism one can get the essence of a pure village where one can stay as farmers lives, milking cows, driving bullock carts, farming with picturesque landscapes during sunsets and sunrise. People can spend their holidays having fresh farm veggies and pure milk from cows in their diet.While the tourists left for home they bought the grains and products from the farm.

Farmers enrolled with the agri tourism earns a lot more through the product they produce.Local arts are also available there and the artisan made a good living by selling them directly through the agri tourism.The tourist whoever visit here, the children of the tourists are told to bring the stones wherever they find and the local artists made splendid art on the stones.He started his business in the year of 2002 and its running successfully for the long 19 years till now.

Their aim to connect with 15 lakhs farmers across the country where farmers can made their livings better.The most popular thing is that when any tourist came there they greet them with a white cap and a shawl.600 farmers are connected with them till now and earning their livings.

: The farm raised a total income of 53 crores last year from the tourists as well as from selling the products the farmers produced.The sales are mostly by social medias and word of mouth promotion.Last year tourist from 23 countries have visited this agri tourism farm.The earning of the farm also include by affiliating programs provide to the farmers on capacity building,training module, standard quality. The farm raised a net profit of around 80 lakhs last year where 30 lakhs were generated from the farm and the rest was from the commission and sales.

The company offers a 5 percent stake for 50 lakhs rupees as Pandurang wants to expand his business and bring the latest technology.

Ashneer Gover and Namita Thapar talked about how to develop the loopholes and did not find scalable investment in this company , Agri-tourism (Pure Holydayism).

Shark Lesson of the by Shark Namita Thapar: “Scalability means how you can increase your sales, your customers and increase your overall business.”