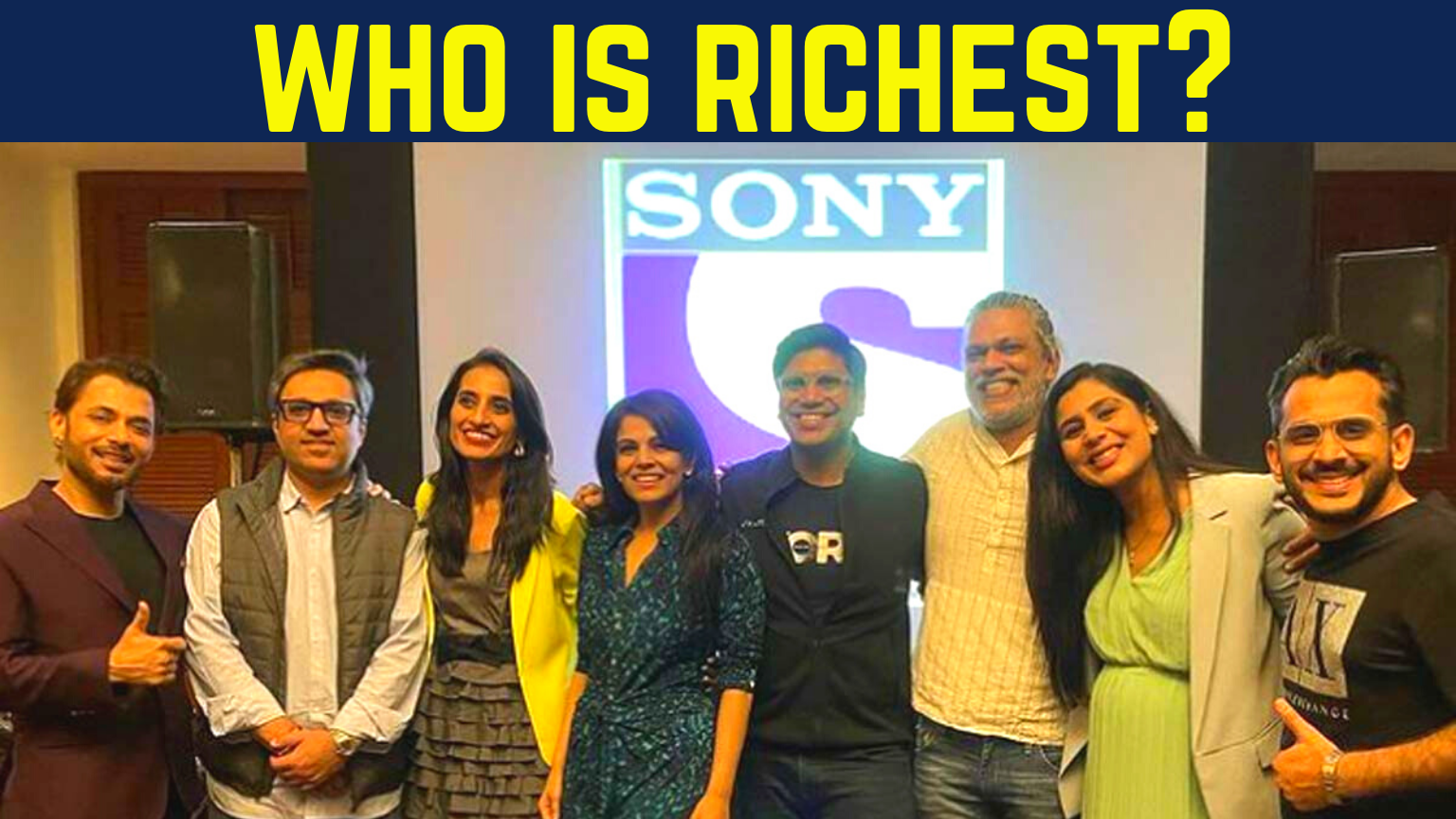 Shark Tank India created quite a buzz with their first season amongst the Indian audience. The audience really showers love on the show, the exceptional new business ideas of young entrepreneurs of the country, and all the great advice of the ‘Sharks’.Apart from the splendid format of this business reality show, and innovative business ideas, what attracted the attention of the audience in the show was the ‘Sharks’ of the show.

The ‘Sharks’ in the show here are some of the most prominent personalities of the country who have set influential business empires. and they are responsible for investing in some great business ideas. The budding entrepreneurs come to the show to impress these sharks with the products and services they offer and these sharks become a part of their business by investing in the business and providing mentorship to entrepreneurs. The show would have been nothing without these sharks. As sharks have manage to create a space in the hearts of audience people getting curious about who is the richest shark on Shark Tank India.

The seven sharks of season 1 are now quite familiar to the viewers. They are:

Now, these sharks have gained popularity after the show. People are curious about them. They want to know about the net worth, lifestyle, educational qualification, and more about these businesses Shark Tank India Sharks. So this blog is all about these details. 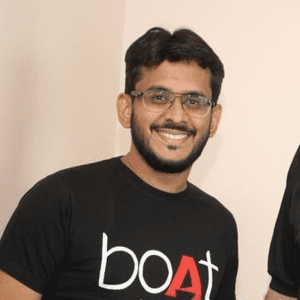 Aman Gupta is known for being the co-founder and managing director of boAt. the boAt is India’s one of the biggest wearable brands. The company has taken the country in a storm with its audio ear wears. The products are quite affordable and produce good quality audio.

In the initial years after launching, the company manufactured and sold cables. The first product released by boAt in the market was an Apple charger. It became the highest-selling product on Amazon and within 4 years boAT became the best-seller brand for musical electronic products such as headphones and earphones. Currently, boAT has around 5,000 stores all over the country selling its stylish, long-lasting, and affordable products to millions of people.

Presently, the value of boAt is around Rs 2,200 crore. It has captured a brilliant position in the Indian electronic gadgets market. He co-founded boAt in the year 2016 and in just 6 years, his company has transformed into one of the biggest audio brands. He has invested more than ₹9 crores in 28 companies in Shark Tank India such as Peeschute, Bummer, Altor, Ario, Nuutjob, and much more. 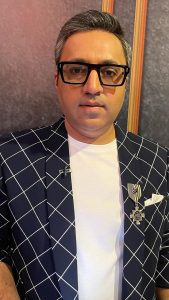 Ashneer Grover, the ex-Managing Director and the Founder of an Indian fintech company, BharatPe. This year Ashneer Grover announced his resignation from the company on 28 February. year. The company was founded in 2018. This fintech-based company became a Unicorn in the year 2021 and currently, the company’s value is approximately $2.5 billion.

BharatPe provides its payment service to small-scale business owners and is quite acquainted with them. BharatPe is an intense competitor in the market to other online payment apps like Mobikwik, PayTM, and PhonePe.

Ashneer grover is a keen investor and has also invested in other companies like OTO Capital, The Whole Truth, IndiaGold, and Front Row. He became quite popular after Shark Tank India and there he is known for being straightforward and no sugar-coated talk. He has invested more than ₹5crores in over 21 companies in Shark Tank India on startups like Skippi Pops, Raising Superstars, Beyond snack, Motion Breeze, EventBeep, and much more. 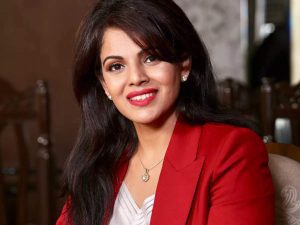 Namita Thapar is a leading businesswoman in the pharmaceutical industry with her company, Emcure Pharmaceuticals. Emcure is a multinational pharma company founded in the year 1983 by her father Satish Mehta and Thapar is currently the Executive Director of the company. Emcure Pharmaceuticals has a turnover of ₹6000 crores. The company has branches in 70 countries and a wide employee strength of over 10,000 all over. It is a technology-based biopharma company with a wide portfolio of products that includes tablets, capsules, injectables, etc. Their plants are located in India as well as in the USA.

On top of that, it is ranked as the 12th largest pharmaceutical company in India. They have developed India’s first mRNA vaccine for Covid-19. Namita Thapar has invested more than ₹6 crores in over 22 companies in Shark Tank India such as Nomad Food Project, Colour Me Mad, Watt Technovations, Rare Planet, In A Can, and much more. 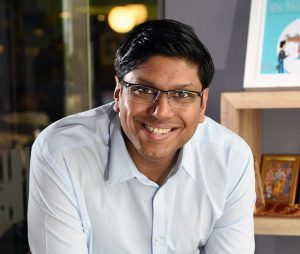 Peyush Bansal is a big name in the eyewear industry and he made his name by launching Lenskart. Lenskart is India’s biggest eyewear retail chain. It was founded in the year 2010 and ever since then, it has been increasing the bar over years. In 2019, Lenskart became a unicorn with its net worth being $1.5 billion. The current value of the company is approximately $2.5 billion.

Peyush Bansal‘s clear mission and purpose behind Lenskart has revolutionized the glasses industry in India. Presently Lenskart has around 600 retail stores in India with 4000 employees working over ₹450 cities in the country. It is catching the attention of people from the entire world. Bansal has invested more than₹8 crores in 27 startups in Shark Tank India such as LOKA, Annie, Carragreen, The Yarn Bazaar, PNT, and much more. 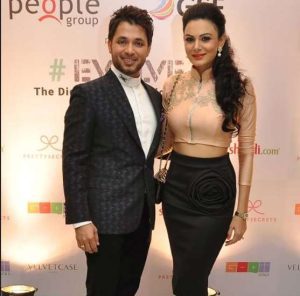 Anupam Mittal is another popular shark in the business reality show Shark Tank India. He is the founder and the CEO of People Group that including Shaadi.com and is considered to be one of the top angel investors in the country. Mittal completed his graduation from Boston College then he returned to India and founded Sagaai.com in the year 1997 even when there was no internet. Later the name Sagaai.com changed its name to Shaadi.com in 2001. Currently, it has more than 30 million users on its platform. Besides this, he is also the founder of Makan.com.

He is an active investor and has invested in more than 200 startups like OLA, Mauj, etc. In Shark Tank India, Mittal has invested more than₹5 crores in 24 startups such as Heart Up My Sleeves, Cosiq, Revamp Moto, Vivalyf Innovations- Easy Life, MeatYour, and much more.

Ghazal Alagh along with her husband Varun Alagh has founded India’s one of the most popular personal products brands Mamaearth in the year 2016. With no business background, Ghazal alagh has proved that hard work achieves success. Initially, the brand aimed to produce chemical-free baby care products but now it manufactures a wide range of personal products for everyone.

The value of the company has reached $1.07 billion as of now and is the first Unicorn company in the year 2022. She is the youngest shark in Shark Tank India and has invested more than₹1 crores in 7 startups such as Nomad Food Project, Wakao Foods, Gold Safe Solutions Ind., Humpy A2, The Sass Bar, and a few others. 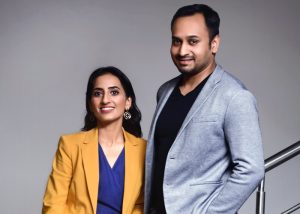 Vineeta Singh is an example of a true entrepreneur who proves that chasing your goal with courage and determination is what you need. She is one of the leading names among women entrepreneurs in the country. She is the CEO and the Co-Founder of Sugar Cosmetics along with her husband.

Vineeta Singh Sugar Cosmetics is one of the largest Indian brands of cosmetics and a favorite Gen Z brand that is growing and expanding exponentially. From educational background, she is an alumnus of IIT Madras and IIM Ahmedabad. The best fact about her initial career was when she turned down a job offer of INR 1 Cr only to follow her dream of starting her own business.

Vineeta and her husband together founded the brand Sugar in the year 2012. It is a cruelty-free makeup brand that goes well with Indian skin tone and has won the heart of Indian consumers. The current value of Sugar Cosmetics is approximately $200 Million. Vineeta Singh has invested more than ₹3 crores in 15 companies such as Shark Tank India BluePine Industries, Booz scooters, NOCD, Get A Whey, The Quirky Nari, and much more,

Shark Tank has created a great impact in the country and has grabbed its position in India as a very popular business reality show. Various entrepreneurs from different parts of the country come to the show to present their innovative business ideas in front of the shark’s panel in return for getting investment for their startups. The Sharks provided investment to those business ideas where they found a scope to grow and gave them a fund. With the first season of Shark Tank India running successfully in India, soon Shark Tank India season 2 is going to be released. The registration process has started on the SonyLIV app. We hope you like this information about the richest judge on Shark Tank India.

1. How much are sharks paid on Shark Tank India?

The Shark Tank India team did not pay a single Rupee to sharks.

2. Who are the richest sharks in Shark Tank India?

The richest shark in Shark Tank India is Ashneer Grover. But if we consider a valuation of their companies Peyush Bansal’s Lenscart is the richest.

3. Who is the most beautiful shark on Shark Tank India?

Namita Thapar is the most beautiful shark on Shark Tank India.

4. Is Shark Tank India is scripted?

Shark Tank India is not scripted at all. it is 100% real show.