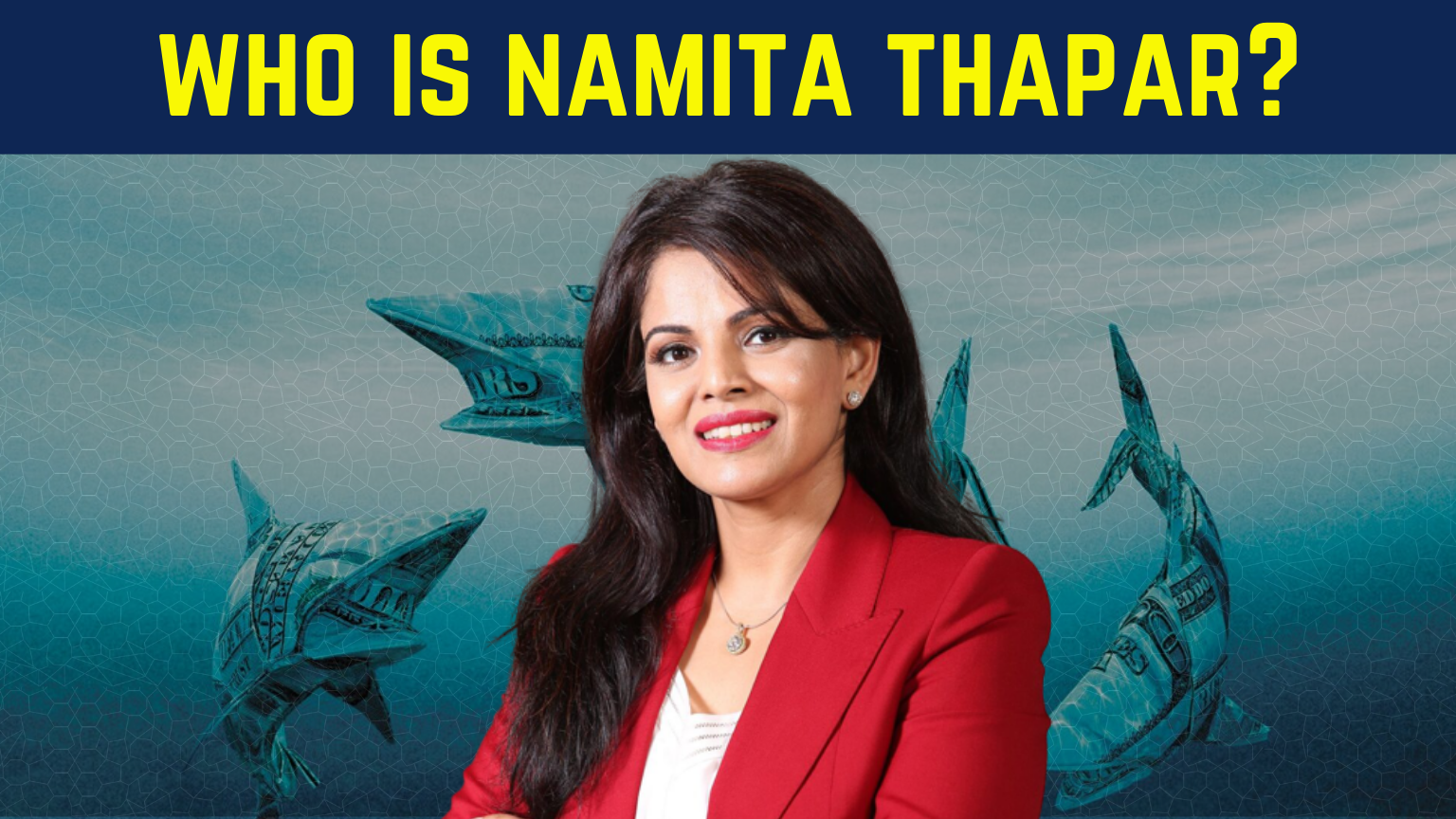 Namita Thapar is one of the leading names in the list of successful entrepreneurs. She is one among the Sharks of the Indian reality show, Shark Tank India. Being a shark, she will play an important role, flourishing small startups. The small entrepreneurs will pitch business plans and ideas in front of her and other sharks to raise funds for their startups. Here are some insight about her:

Namita Thapar was born in 1977 at Pune to Satish Mehta and Bhavna Mehta. She is 44 years old (as in 2021). She was brought up in Pune and received her prior education from Pune.

Namita Thapar is the daughter of Satish Mehta. He is the first person in his family to start a business and founder of Emcure Pharmaceuticals in Pune. Namita grew up in Pune and completed the initial stages of her education from Pune itself.

Namita is married to Vikas Thapar. The couple has two children, Vir and Jai. Vikas has been an important part of the Emcure management team for the previous 15 years. He initially used to manage the Business Development works and later his responsibility expanded and now incorporates Corporate Strategy and Finance. He has performed a crucial role in leading Emcure’s expansion and growth in Europe and Canada. Vikas has driven Emcure’s inorganic growth plans over these years.Before joining Emcure, Vikas worked in the Silicon Valley, USA with Ebay/PayPal as well as worked in Finance with Agilent Technologies.

She has taken an important step to create social awareness regarding women’s health through YouTube. She has a YouTube channel by the name ‘Uncondition Yourself with Namita Thapar’ managed by her team. After researching on different topics, evaluating different formats and channels, finally her team decided to launch the YouTube channel where the series is available for free of cost. The channel provides about 15-minute episodes on YouTube. Through the episodes, her team aims to provide not only educational information but also health-related content, and also shares illuminative, inspiring and happy stories of some patients’ journeys of recovery. Namita said, “I strongly believe that facts don’t change our minds, but shared experiences do”. About 3.5 million views came for the 12 episodes.

Through this series, priority is given to women’s health and disintegrate taboos and aids to dismiss stigmas linked with women’s health and welfare. The channel provides information about everything that is responsible for women’s health. It includes PCOS, endometriosis, infertility, abortion, and others.
The leading doctors who are invited in the show have excelled in their specialty areas and are well-regarded by patients and their colleagues as well. The other guests that are invited to the show are the courageous and brave women who have fought the disease and came out triumphant after that.

She has been acknowledged with many prestigious awards and gained important recognitions.

Emcure Pharmaceuticals was founded in 1983 by Satish Mehta. The company currently works with more than 11000 employees.

Namita Thapar is an Indian executive director of Emcure Pharmaceuticals. It is one of India’s leading pharma companies and she had taken charge of the India business incorporating over 300 brands in the portfolio of the company.

Emcure has been supported and backed by the Department of Biotechnology, Government of India is making an endeavor to make India’s first mRNA-based COVID-19 vaccine.

Moreover, Emcure raises its concerns and worries on HIV/AIDS through its initiative “Let’s fight AIDS together” and provides Antiretroviral drugs to Africa, Asia Pacific, and CIS. As a part of its combined communal responsibility, it backs ‘Taal’. It is a drugstore for HIV/AIDS patients run and managed by HIV/AIDS patients.

In a nutshell, Namita Thapar is a perfect example of ‘Beauty with brains’. She has set a perfect example for women of this era of how determination and hard work can bring success. By her choices, she was able to lead her company, Emcure Pharmaceuticals from 500 crores in 2007 to 6000 crores today, a new height of success and achievements both nationally and globally.