After the end of the first season of Indian reality show Shark Tank India with a huge popularity and success, the show makers have decided to give another good treat to watch for the fans. They aired a special episode on Sony LIV named ‘Getting Candid with the Sharks’, which is hosted by comedian Abish Mathew, with the business tycoons.

In this episode, the audience will get to see the industrious sharks in a completely different light as host Abish Mathew sits down with them for a candid conversation about their experience in the tank, behind-the-scenes friendships and everything in between.

Anupam Mittal said that on Shark Tank India one cannot be unreal because their own money is at stake. The show being called scripted, Peyush replies to them that the sharks are not even allowed to see the presentation. They are completely shielded. Without any documents, they listen to the pitch. And this is purely real as much as it can be.

Peyush replied that the show has a different dynamic. Everything is happening at a fast pace. Sharks go through pressure of making decisions instantly, other sharks are asking questions, and there is also a FOMO if the deals are taken by other sharks.

Aman takes a funny dig at Anupam and Vineeta. He said that most of the time is taken by these two in asking questions. Others get very less time to ask and need to interrupt them.

Peyush pulls Namita’s leg that she finishes in just one line by saying she has no expertise. Namita took it sportingly.

Anupam said that due to this show entrepreneurship has become much more broad. He said ” Belief is the most important ingredient in success”. Earlier it used to be very hard to get funding from VC, but now small cities and towns are coming to shark tank India such as Jugadu Kamlesh, Jhajhi pickles. People from 14 years to 69 years are representing themselves in the show.

Women are playing an important role in this. About 48 percent of entrepreneurs are women and that helps people identify that if they can do, we can also do. Vineeta shared that in shark tank India they get to see women are running different types of business from tech to consumer businesses making this show inclusive. Namita says that shark tank India is highlighting strong, independent and feisty women. 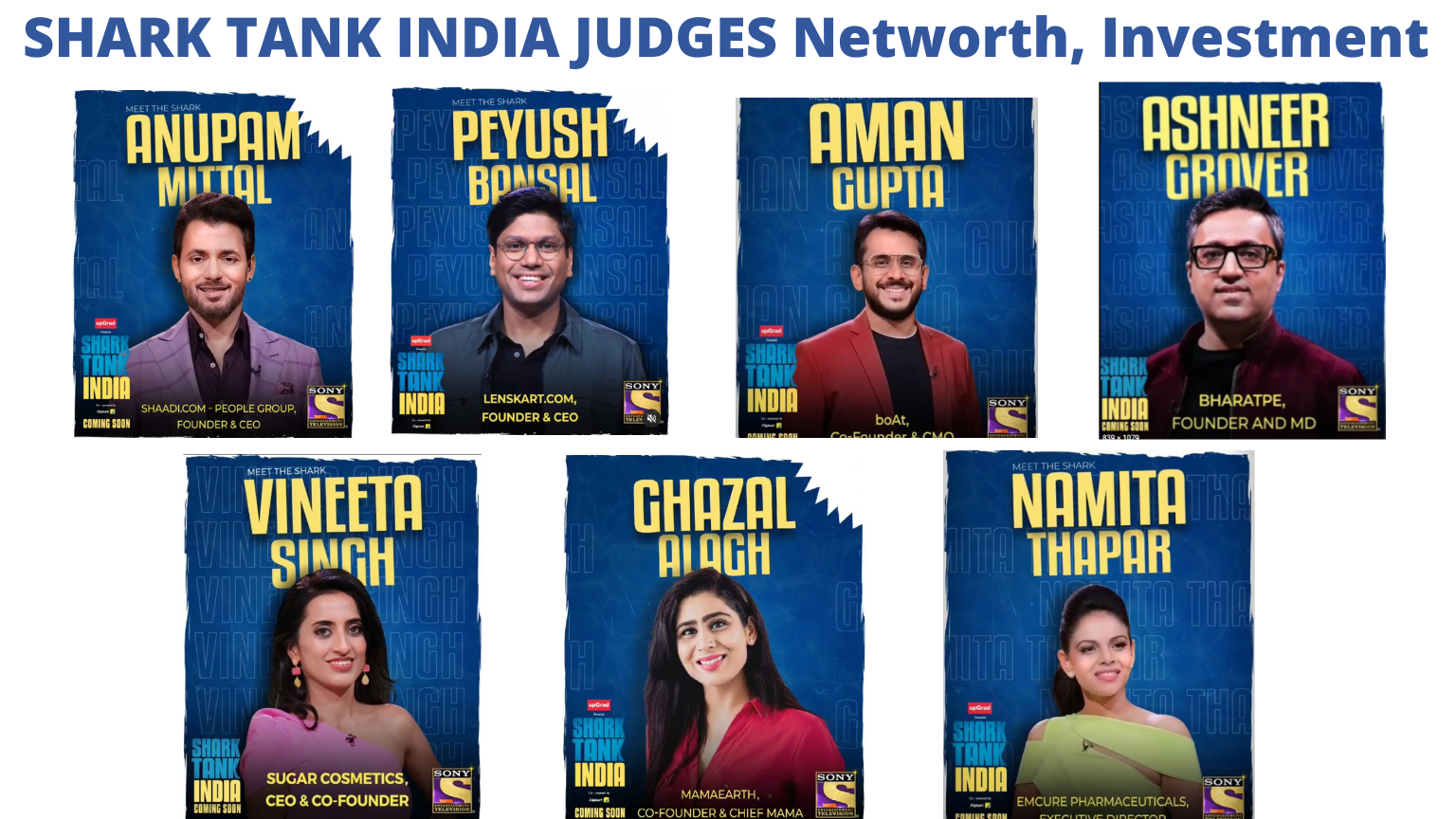 Peyush explained that he always invests in entrepreneurs. He feels the core reason behind businesses are their entrepreneurs. He was impressed by Kamlesh’s positivity, humility, vision and hard work. Aman also praised his deal.

Aman said that he would be happy if he could provide guidance to young entrepreneurs. Because when he started he lacked mentorship. The pitchers want their valuable time and guidance along with money.

According to Vineeta, Peyush is emotional, Namita is bubbly, Aman as gimmicky, Anupam as charismatic. Peyush describes Namita as CEO, Aman as friend and a winner, Anupam as teacher, Vineeta as superwoman.

Namita says that she will carry this fun banter and friendship and will bring it in the next season. Aman was surprised to see so many pitchers. He invested in many and was inspired by many pitches. He has also learned from his co-sharks how to do investments. He also calls their friendship a bond for life.

Peyush said that he is a very obsessed entrepreneur regarding Lenskart. He got to learn from other co-sharks and also the entrepreneurs and he will include this in his own business.

Anupam finds this journey inspirational and this would level up his own game. Peyush feels as entrepreneurs they live in their box with the same people but to build something bigger they need to get out of the box.

Vineeta shares that many entrepreneurs came who went against all odds and made their business for a long time. She believes that perseverance is important and one needs constant inspiration for that. Few stories on the show were life changing for her.

Anupam said that the entrepreneurs in the show come with innocence and make them remember their innocence.

Abhish ends the conversation by appreciating and applauding the sharks on a sweet and emotional note with sharks. He calls the shark with a heart, a bit cynical, but emotional and sweet.