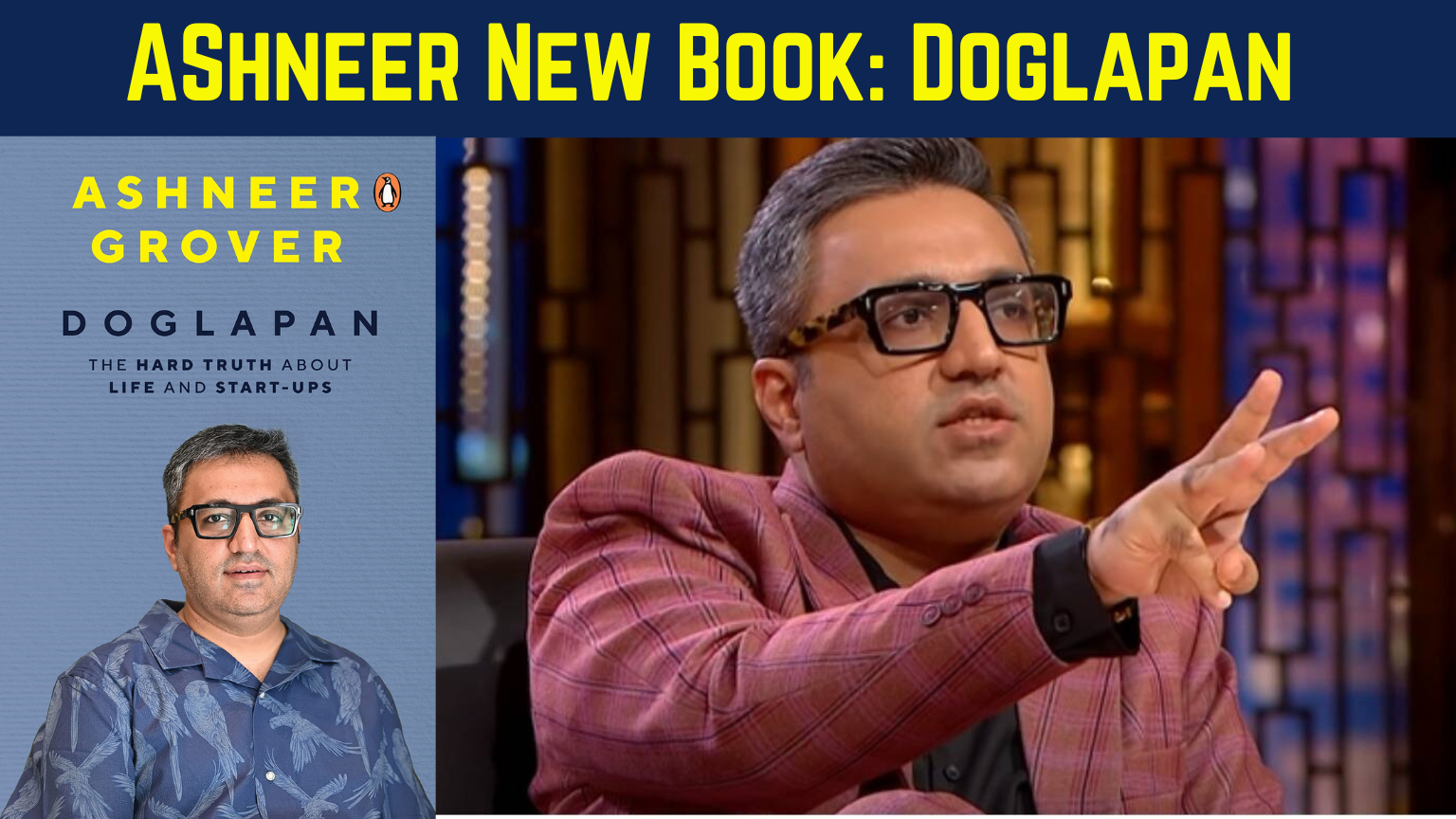 Ashneer Grover, a co-founder of BharatPe, stated on Twitter that his “autobiography” was now available to buy. Interested readers can now pre-order the book through Amazon. It will be available from the initial days in December.

The book, Doglapan, is a collection of Grover’s experiences, all of which are presented in the snappy, no-holds-barred style for which Grover is renowned. According to the book’s own description, it will either force readers to quit their jobs or force them to work their entire lives. Grover claims that the book might also aid readers in understanding the journey of an entrepreneur and gaining some clarity about their own life. He tweeted, “Either one will not continue the job, or one will continue doing work the rest of your life after reading this book. There won’t be anything in between, at least. Read about my extraordinary life to gain complete insight into life!” The tweet stated, “Order your copy of ‘Doglapan’ right away on Amazon. The business leader claimed that immediately following the revelation, his “autobiography” instantly shot to the top of the bestseller list and sold out.

In one of the episodes of the first season of Shark Tank India, Grover used the word doglapan, which in English denotes hypocrisy. In the show, a candidate joked that he would rather have Boat co-founder Aman Gupta as an investor in his company than a fellow “shark,” which is Grover. The exchange was well-received and quickly became a well-known internet meme.

On December 26, the book is scheduled for release. The book’s synopsis states that it will follow Grover’s development from a young boy growing up in Delhi to becoming one of the country’s most successful entrepreneurs and a household brand. “Ashneer Grover shares his experiences. As a result of the controversy, media attention, and voluble social media buzz, it is impossible to tell fact from fiction, the blurb says.

BharatPe, an Indian financial startup, was co-founded by Ashneer Grover. He left BharatPe this year after a heated argument with the board amid claims of financial wrongdoing. Ashneer Grover worked for the grocery delivery startup Grofers prior to joining BharatPe (now Blinkit). Grover, who turned 40 this year, apparently has another start-up in the works. Soon after his post, netizens came to the comment section and started mocking him in a positive way. A user wrote, “What are you doing..this is madness, and leave writing books. focus on your work.. this is Doglapan hai ye.. Just joking.”