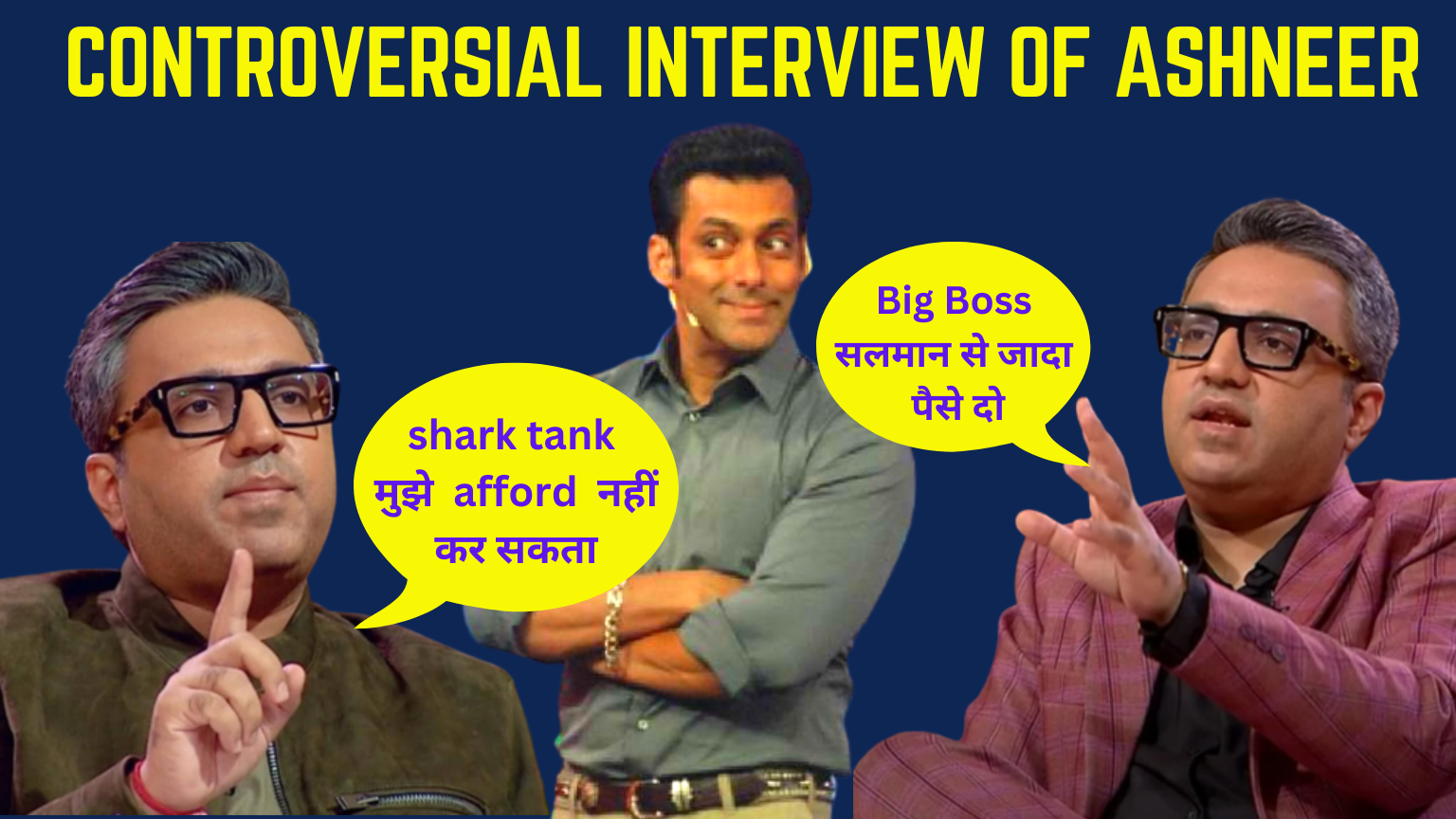 Ashneer Grover, is the man who needs no introduction now. He shot to fame after Shark Tank India season 1 and landed in controversy after his exit from BharatPe. His straightforward nature and upfront controversial statements made him an interesting person for the audience to watch. Recently he did an interview with Rj Rohan and Rj Kisna from Red FM for his upcoming autobiography Doglapan. He made some controversial remarks starting from his participation in Big Boss, to his absence in Shark Tank India season 2, to calling social media motivational speakers the biggest Doglapan and more. To know more about his interview, keep on reading this blog.

What is the real idea behind the Ashneer Grover book Doglapan

So Ashneer made it very clear, Doglapan is going to be his very first and last book. As writing is not his forte. He pointed out that nowadays people are writing anything in the name of a self-help book. Seeing this, he wrote the book out of frustration. He also feels that there should be some story to writing a book and he has his own story.
The word Doglapan got very famous during shark tank India. He scolded an entrepreneur there and spilled the word. He wants the book title to represent the content of the book. In the book, he unfolded the Doglapan of a few people. Secondly, he believes he should monetize the word which became a brand itself. He describes his book as a complete mixture of every category from autobiography, to love story, to action, to thriller, to inspirational. He refrains from calling his book a self-help book.

Does Ashneer Grover always Want to be in the Headlines?

To which he says no. Two years ago people didn’t even know about him. His presence on Tv made it happen. He added sometimes people like a different opinionated person as it becomes refreshing for them. The audience loves such personalities and the same happened with Ashneer. He used to avoid confronting audiences earlier and never did any co-curricular activities or any theatre.
The Rjs asked him, which is his favorite side of himself, the one who worked on Tv or the one before TV. He loves this business doing side the most. At the end of the day, he worked on Tv to do business and uses social media for business. He called business his true passion.

What does Ashneer Grover think About Social Media?

Ashneer states that he wants everything to be the best in his life and this is his simple funda. He wants everything best, the best car, the best vacation place, the best way to travel. As he tries to offer the best product to his customer, he himself wants the best service as a customer.
He calls crypto the biggest fraud. Many times he asked about the real concept of crypto to many cryptocurrency company founders. He believes Elon has created a buzz around Twitter. Every social media platform has different purposes. People come on Twitter to take out their frustration. Instagram is for fun and everyone is searching for a job on LinkedIn.

In a recent interview with Red FM, while promoting his new autobiography book Doglapan,
Ashneer calls Social Media motivational speakers completely Doglapan. He says, “What motivation can occur on social media? These speakers had achieved nothing and gave other motivation”. They are making a business out of motivation. He never regrets his decision to invest in any startups. He feels maximum startups will fail at the initial stage.

Ashneer Grover has a public image for speaking out about his ideas and viewpoints. Ashneer said why he will never take part in the Salman Khan-hosted reality series Bigg Boss in an interview with Red FM. Ashneer admitted that he was requested to participate in the contentious reality program but declined to do so when asked if he had been approached for the project. He went on to say that he would never appear on the program and gave his reasoning. He said, “Failed people, not successful people, go on that show.” Ashneer expressed his thoughts on Bigg Boss, saying that while he formerly watched the program, he now believes it has lost its appeal.

In the interview, Ashneer was questioned about if his absence from season two of Shark Tank India was due to a lack of funding. “Afford sirf paise se nahi hota, aukaat se hota hai,” he retorted with a laugh. The Ex co-founder and managing director of BharatPe, Ashneer. Due to allegations of serious governance failures under him, the finance giant stripped Grover of his titles and positions last year.
Previously, returning “shark” Namita Thapar seemed to make a subtle remark on Ashneer’s removal when the judges for the next season were revealed. One person doesn’t make or break a show, she stated in a tweet. not I, nor anyone… This program honors our business owners and job producers… Focus on that and the team’s labor of love: it’s about teaching the masses business fundamentals through the inspiring tales of these country builders.

This time the show includes sharks of Season 1 judges along with a new judge. Shark Tank India season 2 judges are,