Ashish Chanchalani is a famous Indian YouTuber. He is counted as one of the top content creators in India. He never failed to impress his viewers with his acting skills and comedy punch. With his amazing bunches of videos, he enjoys a fanbase of 2.78 crores subscribers on his channel.
And this time, he made the Sasta shark tank which is based on the original show that had been already ruling Indian television, Shark Tank India. The video has already gained 2.4 crore views, within its release of 4 days.

The original show Shark Tank India has been ruling the social media platforms since its episodes were telecasted. People are reacting to everything, be it any business pitch, the sharks, or any controversial statement. People are breaking the internet with their own versions and memes. Many content creators and Indian YouTubers are creating various content on Shark Tank India in their own way. The show has ended, but it seems that the craze among the audience for the show is never-ending.
Shark Tank judge Ashneer Grover recently gave his approval reaction on YouTuber Ashish Chanchlani’s new video named ‘Sasta Shark Tank’. He praised and said “What an acting! Sasta and tikau”, commented on his new video.
Ashish Chanchlani recently released a version of the famous Indian reality shows Shark Tank India in his own spoofy style along with his co-actors, who copied the real ‘sharks’ from the reality show Shark Tank India.
The video, called Sasta Shark Tank, was released earlier on Friday on Ashish’s youtube channel and since then it has been trending on YouTube in India. The video has crossed the views of over 2.3 crores on youtube. The fans of Chanchlani are responding amazingly to his spoofy video and execution of all the characters to detail.
In the video, the judges are – Paneer Grover (Ashneer Grover of BharatPe), Babita Papad (Namita Thapar of Emcure Pharmaceuticals), Chaman Gutka ( Aman Gupta of boAT), and Uttapam Misal ( Anupam Mittal of Shaadi.com).
What makes the video more interesting, is the simplicity of everything. Much like the show Shark Tank India, Sasta Shark Tank shows various entrepreneurs making their own way to the judges named above and pitching their ideas. In this trending video, YouTuber Ashish Chanchlani can be seen playing the most important and talked about the character of the show Ashneer Grover as ‘Paneer Grover’ himself. 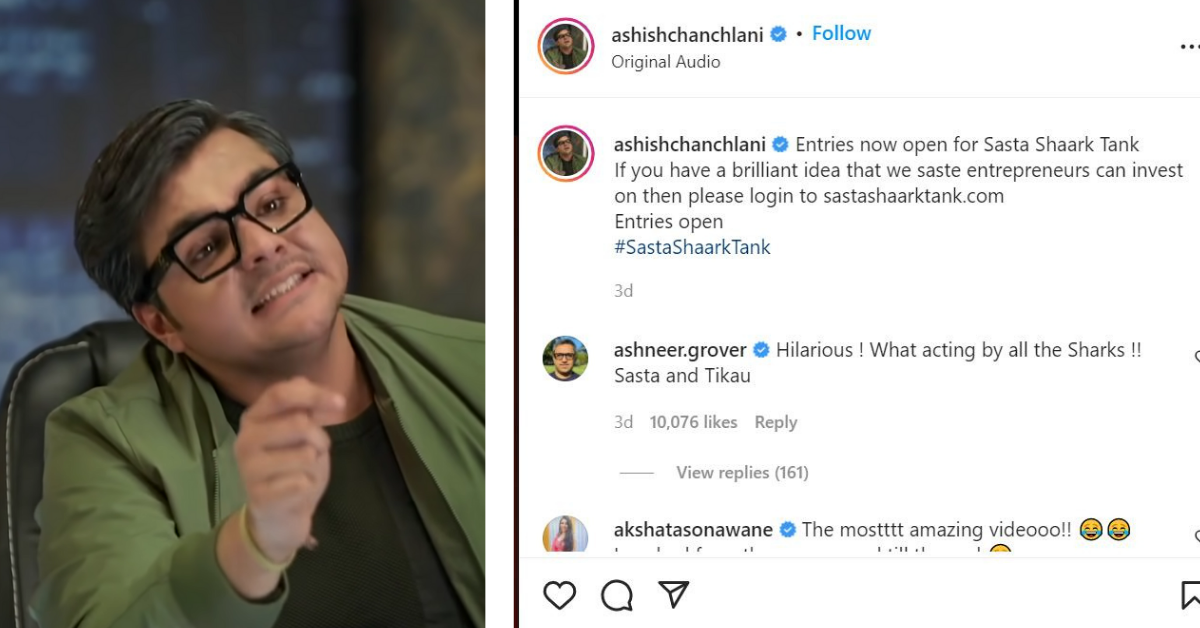 Ashish Chanchalani’s video not only received immense love from his fans and followers but got a positive response from the judge himself of the original show Shark Tank India.
The ex managing director of Bharat Pe Ashneer Grover gave his reaction to the video and also commented on the same, calling the video “Hilarious! What acting by all the Sharks !! Sasta and Tikau (cheap and lasting)”.
The almost 33-minute long spoofy video is simple but genius as it straightly follows the format of the real show but with a pinch of comedy. In the video, each ‘shark’ has a name that is similar to the original name of the judges from the original show, yet in a hilarious way.

The original show featured three other sharks, apart from the ones who acted in Chanchalani’s parody video. They are MamaEarth’s co-founder Ghazal Alagh, Sugar Cosmetics founder Vineeta Singh, and Lenskart CEO Peyush Bansal.
The show gave opportunities to many budding entrepreneurs to pitch their business ideas and plans to the “sharks” and if they were impressed, they could invest in the business.
Ashish Chanchlani himself plays the character of Paneer Grover in the video. In the video, ‘entrepreneurs’ make their way to judges and present their pitches in front of the ‘sharks’ on a set that looks quite similar to the original sharks of the show.
However, as the nature of a comedy video demands, the pitches of the entrepreneurs, the entrepreneurs themselves, and the judges all present a comedy version of the original concept to evoke laughter. 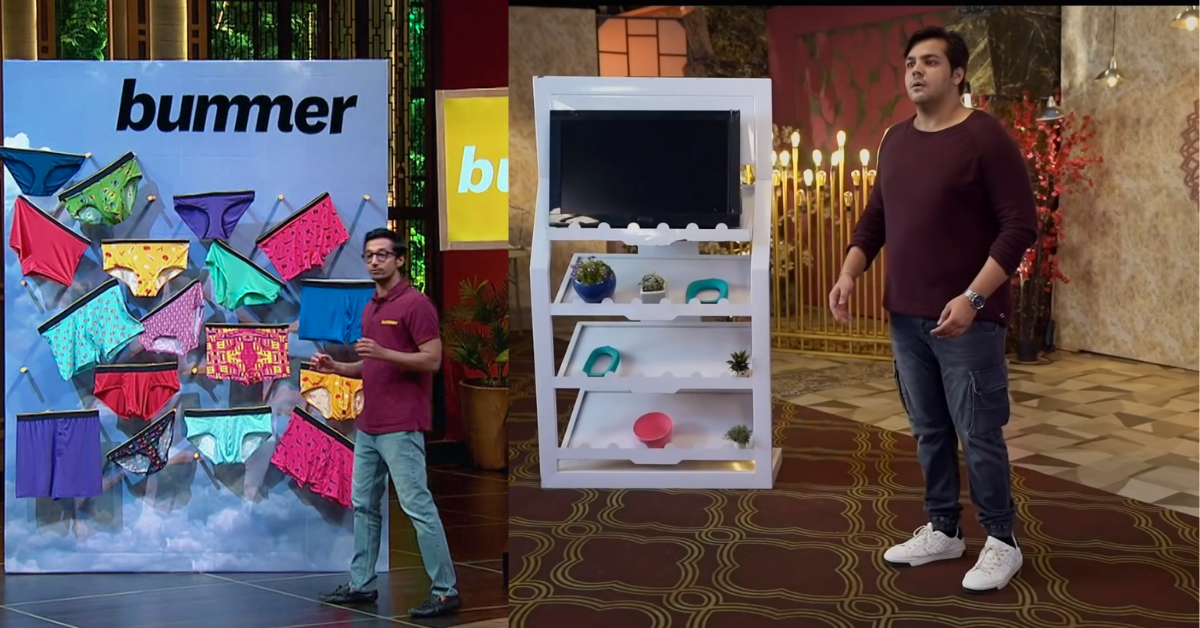 Meanwhile, on youtube, this video has been able to gain hundreds of comments from viewers, with netizens praising the acting skills of all the actors along with the script of the video. From Ashneer’s words like “doglapan” rant to “wahiyat product“, Ashish has mimicked the BharatPe ex-co-founder’s every minute antics, even dressed exactly like him and copied his laugh also. Fans are also requesting Ashish to come up with another vid
One of the netizens with username Bhaswati Kumari commented on the video, “The way Ashish mimicked Ashneer was commendable.. his accent, his voice, his dialogues, his gestures… even the laugh … All these were too good,”
Another netizen on YouTube commented “The team has created one of the best spoofs. Couldn’t stop laughing in many scenes. Thought of sharing with kids…but can’t. But, it is catering to grown-up adult audiences and not kids. Kudos to the team for near-perfect creation!”.
Netizens have also appreciated not only Ashish but the whole team, the efforts of the whole team, the way they observed every detail, and kudos to their mimicry and acting skills.