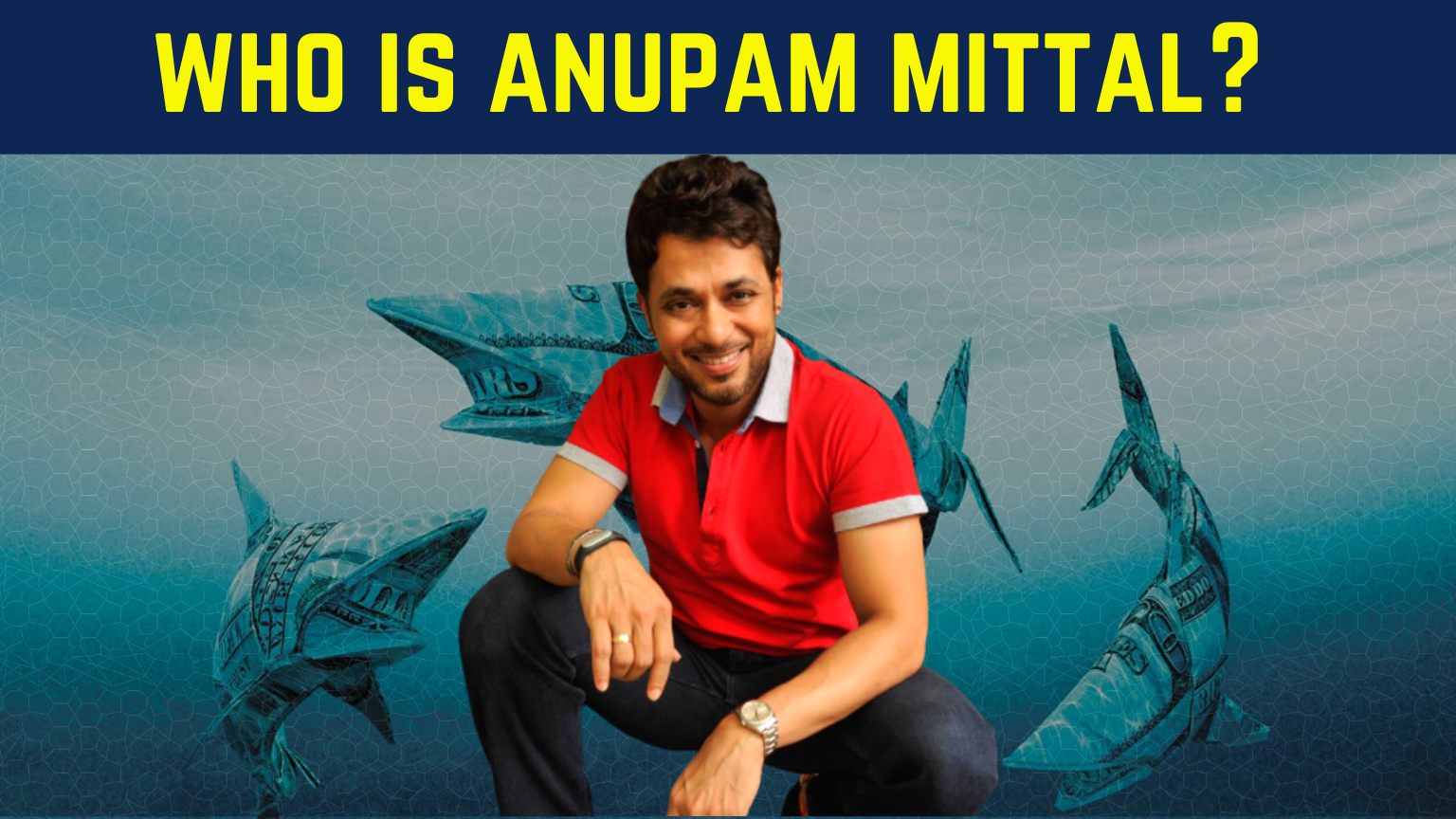 Anupam Mittal, the most talked about name in the present day. He has recently appeared as the judge of Shark Tank India, an Indian business reality TV show. The show is aired on Sony TV from 9:00 pm every Monday to Friday.

Anupam was born on 23rd December 1971 in Mumbai. He was Born to Bhagwati Devi Mittal and Gopal Krishna Mittal. He was married to Indian supermodel Aanchal Kumar on 4th July 2013, in Rajasthan, India. The couple is blessed with a child. He is considered one of the most influential and charming entrepreneurs of India. You can follow him on Social Media on Twitter @AnupamMittal. His e-mail handle is anupam@people-group.com

He likes to spend his spare time traveling, reading, and writing. He is much more interested in writing during his spare time. You can read all his blogs here, www.AnupamMittal.com 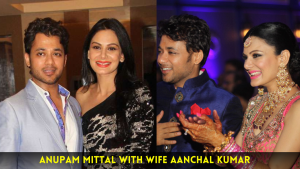 Anupam Mittal is a postgraduate. He completed his post-graduation from Boston University. In 1997 he completed his Masters in Business Administration in Operations and Strategic Management.

He is at present the Founder and CEO of People Group along with being one of the sharks of Shark Tank India. Anupam Mittal’s net worth stands at whooping 25-50 million dollars.

Anupam Mittal has also produced two Bollywood movies, Flavors, An NRI cult-classic, and 99. He has also been a part of the business module Mouj. It became India’s next best social media entertainment of India after the ban in TikTok. Moving back to the early days of his career, Anupam Mittal founded Sagaai.com in 1997. Later, it was changed into Shaadi.com in 1999. 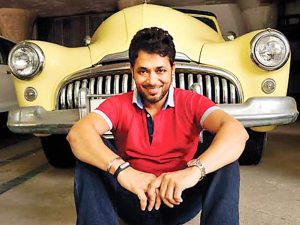 Like all other modules, Shaadi.com came up with a tonne of ups and downs. But in a few years, it started leaving it’s presence in the business domain. Primarily made focusing on the non-resident, it had become the world’s leading matrimonial website for Asians in 2008 and had twenty million users by 2011. Shaadi.com runs over one hundred Shaadi Centres, retail outlets. They offer matrimony-related services. The first such outlet was opened in Mumbai in 2004.

In 2009 it collaborated with Star Plus. The produced India’s first marriage-based reality television show. In 2012, to bring awareness to dowry abuses in India Shaadi.com launched the Facebook game Angry Brides. In 2014, Shaadi.com launched Shaadi Cares. It is a social initiative that helps educate people in situations like marital issues, dowry, domestic violence, etc.Shaadi.com then went in to acquire Thrill Group, a startup that included two dating products, FRIVIL and Fropper in 2016.

In 2007, Business Today brought out Shaadi.com as one of India’s ten best marketers. Shaadi.com was listed in About.com’s 2011 Readers’ Choice Awards as The Best Hindu Matrimonial Website. In 2012, Shaadi.com bagged the silver in Indian Digital Media Awards in the “Best Use of Ecommerce – Self (own) brands Product/ Services” category.

In 2013, Angry Brides “Social Media – Best Use/Campaign on Social Network – Social Cause” category. He was also one of the founding fathers of Makaan.com. It helps provide the digital pathway of interaction between real estate holders and buyers.
Anupam Mittal is also the co-founder & past chairman of the Internet & Mobile Association of India (IAMAI). He is also the founding Co-chairman of H2 India. From 1998-2002, he also worked as Product Manager for Micro Strategy. He also serves as Board Member at LetsVenture Online. He is an Advisor at Grip, Kae Capital, and ShaadiSaga. He served as Board Member at Zepo.

He has also laid the foundation of Makaan.com, which helps the real estate holder and buyers in various ways. Currently, he invested about ₹1 Crore in OLA Cabs. He acquired around 2% stakes in OLA Cabs. In 2015, he stepped down as the CEO of Shaadi.com to focus more on new and fresh areas of business along with business expansion. On the March of 2016, Anupam Mittal stepped in as an entrepreneur after being an investor in start-up companies for decades. 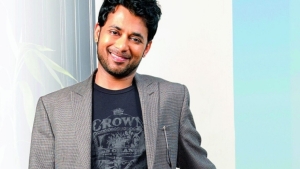 Anupam Mittal bagged the title of ‘Outstanding Serial Entrepreneur and Angel Investor’ by The Indus Entrepreneurs (TiE) Mumbai in its second year of the “Hall of Fame” 2020 awards. Anupam Mittal has been voted as one of India’s 50 Most Powerful People by Business Week.
He also adorned the list of one of the 25 people to watch out for by ‘The Week’ Magazine. In the list given by IMPACT Digital Power, for the years 2012 and 2013, Anupam Mittal was amongst the top Icons of India’s Digital Ecosystem.

Anupam Mittal, The monetary driving force behind Ola, Shaadi & many more is India’s one of the forefront fighters to bring in a revolution of entrepreneurship in India. Besides his name, he is identified as one of the most successful Angel Investors. Born and brought up in a Marwadi family and with a humble beginning, he went to the States from where his journey to The Anupam Mittal unfolded. He was fascinated by the growing internet boom. One fine day while sitting at his father’s office going through usual web development work he came across those matchmakers who would go to any extent to get you hitched. This is when the great thought of Shaadi.com came up.

While trying to get rid of matchmakers, Anupam got the idea of making a portal that would help in match-making virtually as per the information out on the World Wide Web. Finally, in 1997, Shaadi.com came into being.
Unsure about its success he was still focused on his job. He had put in all the money for the development of the web module. Suddenly in 2000-01, the dot com bubble burst, and many businesses crashed. The company, MicroStrategy where he was currently working suffered the same fate as well.

At the same time frame, he came across Shariah [SP].com. He saw that there were a lot of people who were sincerely trying to look for life partners there in the United States. This helped bring back the confidence in him.

Past three years after launching the website, he realized that the influence of the internet is very low in India, and the road is far. He then decided to shift it to the US Market. The real focus on Shaadi.com started around 2000-2001. The US market had almost crashed, after intense deliberation and estimations, Anupam Mittal quit his job at MicroStrategy, in 2001 and moved back to India to completely focus on it.

He started by narrowing down his target audience focussing on the NRI’s, or ex-pats from the UK, the U.S., and Canada. These people were geographically distant from their homeland yet looking to get married within their relevant communities, and that is why came Shaadi.com. Mittal set up his office in the US and started aggressive marketing. Until 2005 with a constant focus on shaadi.com to transform it into a preferred place for Indians all over the world looking for their life partners. After setting up the pace in the US, he diverted his focus to the UK.

Then Anupam started with Mauj.com & Makaan.com People Pictures for the same reason. Today the People Group has renovated into a wide range of prosperous companies which have organized to successfully leave an impact in all walks of life.